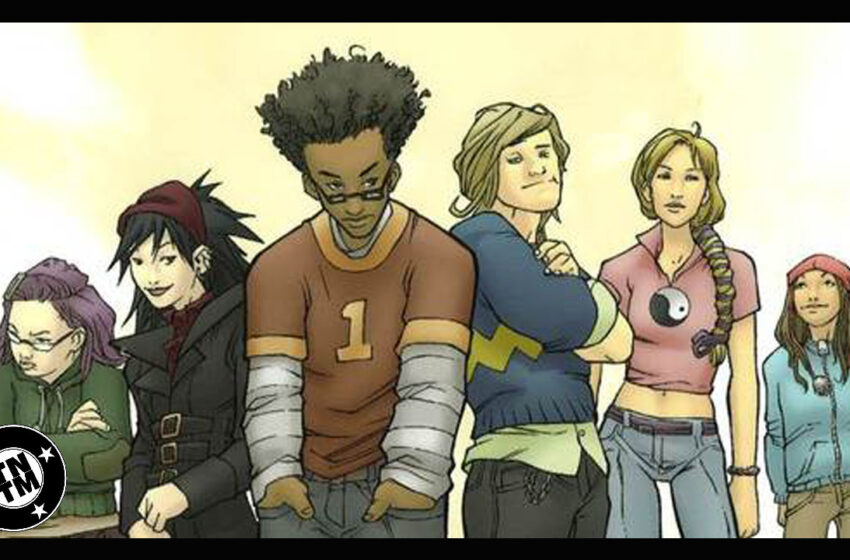 Runaways, one of Marvel Comics lesser known titles is being developed as a television series

Runaways is a superhero comic book series published by Marvel Comics. The series features a group of teenagers who discover that their parents are part of an evil crime organization known as “The Pride”.  The series had been canceled in September 2004 at issue eighteen.  Due to high numbers of trade collection sales Marvel revived the series in February 2005.

Originally the series featured a group of six kids whose parents routinely met every year for a charity event. One year the kids spy on their parents and learn they are “the Pride”, a criminal group of mob bosses, time-travelers, dark wizards, mad scientists, alien invaders, and telepathic mutants.

The kids steal weapons and resources from their parents and learn they themselves inherited their parents’ powers.  Since the original groups introduction the Runaways have been portrayed as a somewhat dysfunctional yet loving family.

The original six are:

When Alex, Chase, Gert, Karolina, Molly, and Nico witness their parents (“The Pride”) sacrifice a girl in an occult ceremony they run off. As the story progresses the children learn of their heritage and abilities and steal resources from their parents. These resources include futuristic gauntlets, a dinosaur, and a mystical staff. Using these resources they manage to remove their parents from their criminal hold of Los Angeles.  They lose Alex in the final battle due to Alex’s true loyalty to his parents. With the Pride defeated the Runaways now vow to prevent other villains from filling in the void left by their parents. They eventually meet cyborg Victor Mancha and shape-shifting alien Skrull Xavin.  They invite them to join the team. Gertrude is fatally wounded right before the Runaways defeat a new incarnation of the Pride and Alex’s resurrected father.

The Runaways partially disbanded afterwards with Victor joining Hank Pym’s Avengers A.I. team. Nico and Chase were both captured by Arcade and forced to fight for their lives in Avengers Arena. Nico and Chase later joined other teen superheroes who survived Arcade’s games in Avengers Undercover. Chase makes allusions to returning to take care of Karolina, Molly, and Klara, and being angry that Nico did not do the same. By the end of Avengers Undercover the Runaways seem to be together once again.

Marvel’s fan favorite teen team the Runaways are headed to TV in a deal that will bring them straight to series on the streaming service Hulu.  Runaways will be produced and written by Josh Schwartz and Stephanie Savage, the creators of CW’s Gossip Girl.

“We’ve known the Runaways‘ story would make great television,” said Jeph Loeb, EP and Head of Marvel Television, “and being lucky enough to have Josh and Stephanie, who have time and again created shows that speak so genuinely to this exact audience, write and produce the series is nothing short of remarkable.”

Hulu is one of the biggest competitors to Netflix, which hosts several Marvel series. It’s unclear if Runaways will be connected to the larger Marvel Cinematic Universe the way that Daredevil, Jessica Jones, and ABC’s Agents of S.H.I.E.L.D. have been.

No details on a production timeline or debut date were announced.