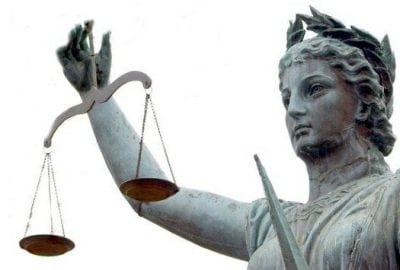 On Wednesday, the Texas Civil Rights Project and El Paso attorneys Enrique Moreno and Lynn Coyle reached a settlement with the City of El Paso over the rights of indigent defendants in the City’s Municipal Court.

The litigation led to major changes that will result in fewer people being sent to jail in El Paso for being unable to pay fines.

The settlement brings a two-year lawsuit to a close. In 2016, TCRP filed a lawsuit on behalf of two Texans who, like many other persons in El Paso, were incarcerated for being unable to pay mounting fines for traffic tickets.

According to TCRP Officials, although the law requires that a person must willfully refuse to pay a fine in order to be incarcerated for not paying a fine, “the City of El Paso created a culture and practice demanding that citation recipients “pay or go to jail,” sending thousands of persons to jail annually for failure to pay tickets, regardless of whether they could actually pay.”

“These practices amounted to an unconstitutional debtors’ prison, the long-outlawed institution of incarcerating persons for being unable to pay debts,” TCRP officials added.

“This is an important agreement that we have reached with the City of El Paso. The City is doing the right thing for the people. Incarceration separates families and causes the loss of jobs. Carina Canaan spent over a week in jail while pregnant because she was unable to pay traffic tickets. Levi Lane lost a job that was providing economic support necessary for him to get back on his feet, because he was unable to pay for traffic tickets. This is wrong, and must never happen. We are hopeful that this settlement will not only help El Pasoans, but all Texans who are at risk of being incarcerated simply for being unable to pay municipal fines.”

Carina Canaan, plaintiff in the case, released the the following statement:

“No one should be thrown in jail because they can’t afford to pay off a traffic ticket. The changes that El Paso is putting in place are great. From now on, people will be asked what they can and cannot afford to pay, and given the option of community service. I’m glad that TCRP showed up for El Pasoans, and that we were able to make a difference together.”

Levi Lane, plaintiff in the case, released the the following statement:

“I’m really excited, I never thought these changes would happen. The system was not fair to us, and I’m grateful that TCRP stepped in and made sure that no one else is going to go through what we did. It’s so important for the court to make sure that people can actually afford to pay fines and fees before it assumes they’re just refusing to do so. I’m glad we were able to make a difference for the people that come after us.”

The settlement makes it clear that the City of El Paso must not mislead defendants who are faced with outstanding fines about their rights and options.

TCRP Officials say they, and co-counsel Moreno and Coyle are “proud of the City of El Paso’s commitment to provide meaningful alternatives to incarceration to persons who cannot afford to pay fines.”