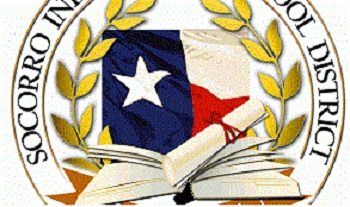 The 2016 report reveals that all 47 SISD schools, and the district as a whole, earned the Met Standard rating and received a total of 140 distinction designations by the TEA for its student performance.

“I commend our students, teachers, staff and all members of Team SISD for their hard work and WINning attitude,” said Superintendent Dr. José Espinoza. “Earning these distinctions is further demonstration that we are going above and beyond to ensure all Team SISD children succeed and graduate from high school prepared for college, careers and life.”

This year, the district received 20 more distinction designations than those awarded in 2015.

In addition, Team SISD’s student-centered efforts have resulted in continued academic growth in the STAAR exams. For a third consecutive year, SISD surpassed the state average in all 17 STAAR exams in grades 3 through 8, and by an even larger margin this past year in spite of increased passing standards. Before 2014, SISD students had never before surpassed the state in all grades 3 through 8 exams.

To reach this pinnacle in student performance, over the last four years SISD has jumped 136 percentage points in the grade 3-8 STAAR exams, whereas the state has only increased 13 cumulative percentage points.

While the STAAR results and accountability ratings show great improvements in student performance, Team SISD will continue its efforts to ensure every student succeeds. With a focus on college and career readiness, utilizing digital teaching and learning, and maintaining a highly effective and qualified staff, Team SISD will continue to strive for 100 percent academic excellence.