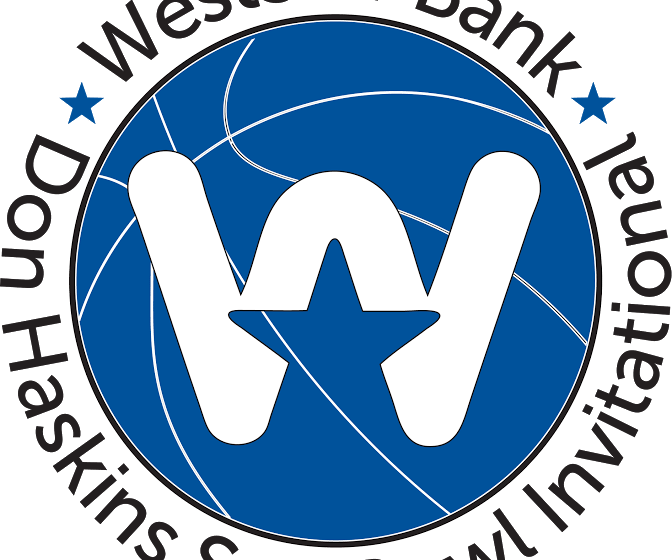 The Sun Bowl Association and WestStar Bank are pleased to announce the teams coming to El Paso for the 55th Annual WestStar Bank Don Haskins Sun Bowl Invitational, which will be held in the Don Haskins Center, Wednesday and Thursday, Dec. 21-22 with games being played at 5 p.m. and 7 p.m. each evening.

UC-Irvine returns to El Paso after posting a school-record 28 wins last season and winning a share of the Big West Conference regular-season title. It’s the program’s second conference title in three years. UCI was once again one of the top defensive teams in the nation, ranking third in the country in field-goal percentage defense at .383.

Sun Bowl Tournament Most Valuable Player Luke Nelson headlines the returning players for UC-Irvine after he led the Anteaters in scoring with 13.7 points per game as a junior, en route to All-Big West Conference first team honors. He ranks fourth in UCI history with 204 threes, fifth with 361 assists, eighth with 115 steals and 17th with 1,226 points.

“We are excited to return to El Paso and the historic Don Haskins Sun Bowl Invitational,” Turner said.  “The tournament environment is first class and the field is strong.  We have seven newcomers on our roster who will be visiting El Paso for the first time. We appreciate the invitation and look forward to competing.”

UTEP Head Coach Tim Floyd is always appreciative of the teams that come to compete in El Paso.  “I think this will be the most talented field we have seen in the last seven years,” Floyd said.  “I have heard really good things about Akron’s coach and their level of talent the last three years.  We were all impressed with Irvine a year ago.”

UTEP, which had one of the best teams from an offensive standpoint in 2015-16, scored 80 points in 15 games, one shy of the school record.  The Miners did, however, hit 223 three-pointers to set a new school record.  Coach Tim Floyd and the Miners hope for great attendance at the 2016 Sun Bowl Invitational as UTEP led Conference USA in attendance (7,386) during the 2015-16 season and would like to achieve that again.

UTEP hopes to pick up where it left off as it won eight of the last 11 games to conclude the 2015-16 year.  The Miners return three starters and seven letterwinners from last year’s 19-win squad.  UTEP has a dynamic starting backcourt coming back in senior Dominic Artis (11.9 ppg, 5.1 rpg, 5.2 apg) and junior Omega Harris (12.3 ppg).  Anchoring the frontcourt is Terry Winn, who was a member of the Conference USA All-Freshman Team a year ago (10.0 ppg, 6.4 rpg).  UTEP is expected to get a major boost inside from the return of senior center Matt Williams, who missed most of last season with a foot injury.

The Akron Zips, under Head Coach   had a stellar 2015-16 season finishing with a 26-9 overall record while falling to Ohio State in the first round of the National Invitation Tournament (NIT) to close out the year before winning a Mid-American title. It was Akron’s sixth appearance in the NIT while it has made 11 Division I postseason appearances, including the eight of the last nine seasons.

Akron returns center Isaiah Johnson, who will be a senior, after he garnered several awards in 2015-16.  He led the Zips’ offensive and rebounding efforts and was named the Mid-American Conference Sixth Man of the Year award while also earning All-MAC First Team honors. He was also named to the MAC All-Tournament team, and was a three-time MAC East Player of the Week recipient. In addition, he received the South Point Classic Most Valuable Player award and was named a collegesportsmadness.com Madness Mid-American Men’s Basketball Player of the Week.

The Hawks recently added three junior college transfers to the roster, including Logan McIntosh and Tyler Williams come to the Hawks from Northeastern Oklahoma A&M where they contributed to a 23-10 overall record for the Norsemen. The duo helped lead their team to the NJCAA Tournament with a 72-68 win against Northern Oklahoma College-Tonkawa in the Region 2 Championship. McIntosh started all 33 games for A&M and averaged a team high in minutes per game (29.3) and assists (4.4). The 6-foot-3, 190-pound he brings legitimate size to the point guard position and has the skill set to play off the ball as well.

Deven Dorsett, who most recently played at Lawson State but at one time was a redshirt-freshman at Norfolk State, also joins Maryland Eastern Shore in 2016-17. Dorsett helped lead the Cougars to a 17-12 record as a redshirt freshman averaging 9.8 points, 6.0 rebounds and 1.4 assists per game. At 6-6 and 190 pounds, he can also play and defend multiple positions.

In 2009 the tournament was renamed to honor former UTEP head coach and Naismith Memorial Basketball Hall of Famer Don Haskins. “The Bear” coached at UTEP from 1961 to 1999, winning 719 games and making 14 postseason appearances. Haskins famously led the Miners to victory in the 1966 National Championship game over Adolph Rupp and the heavily favored Kentucky Wildcats.

The Sun Bowl Association would like to thank WestStar Bank for supporting the nation’s oldest holiday basketball tournament as it has been the title sponsor for eight consecutive years.