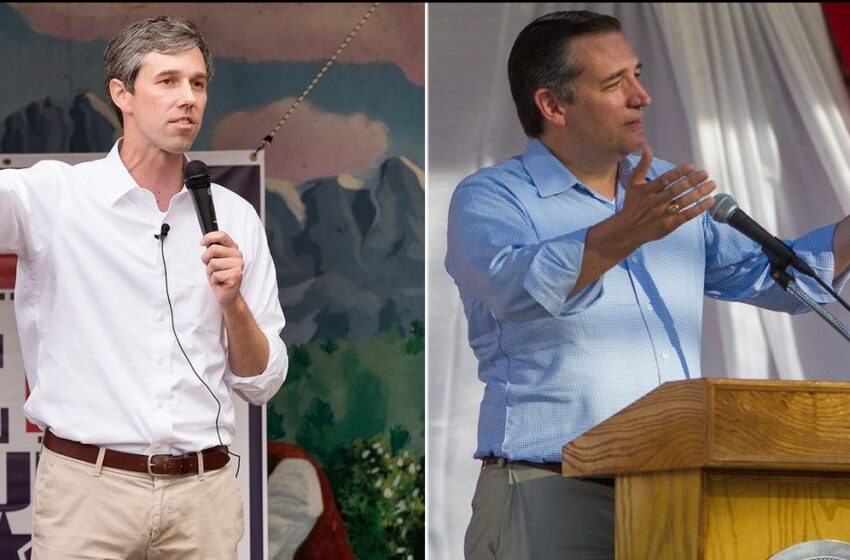 When U.S. Rep. Beto O’Rourke announced his latest fundraising haul earlier this month – a stunning $6.7 million – it was widely expected to surpass what his rival, Republican U.S. Sen. Ted Cruz, brought in over the same period. Now it’s clear by how much: roughly $3.5 million.

Cruz raised $3.2 million in the first three months of this year, according to his campaign.

O’Rourke, an El Paso Democrat, did not outpace just Cruz – he posted one of the top quarterly federal fundraising hauls ever, outside of presidential campaigns. If not for O’Rourke’s large sum, Cruz’s fundraising would be considered robust for any incumbent seeking re-election.

Cruz’s re-election campaign fund alone raised $2.7 million. The rest of the $3.2 million was raised via his leadership PAC and his joint fundraising committee. Cruz’s campaign will report having $8.2 million on hand across all three groups. Late Friday, O’Rourke’s campaign announced it “now has more than $8 million on hand.”

Since his plans to vacate his U.S. House seat in a bid to unseat Cruz a year ago, O’Rourke has frequently outpaced Cruz on the hard-dollar fundraising front. But Cruz also has a network of aligned groups that will spend on his behalf in the race.

He is also expected to have massive super PAC support in the fall. O’Rourke, meanwhile, has publicly asked super PACs to not help him in the race.

Texas hasn’t elected a Democrat to statewide office since 1994. But O’Rourke’s campaign has excited Democrats around the country, in part due to his ability to draw large crowds around Texas, including in some conservative strongholds.

Yet the enthusiasm behind O’Rourke’s bid remains perplexing to some national political observers. While repeatedly outraising an incumbent helps a challenger signal that their campaign in viable, most political insiders say privately if not publicly that Cruz remains in a strong position to win re-election.