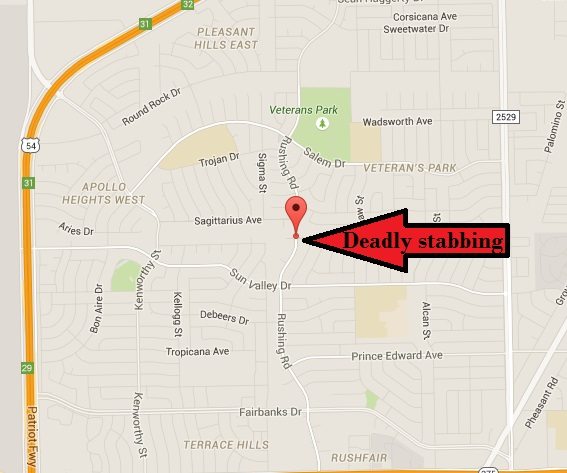 Police are still searching for suspects after a Chaparral teen is stabbed to death Friday night.

a teen who was stabbed and transported to . The victim, Gutierrez was first rushed to Sierra Providence Northeast, located at 11380 Gateway North, by unnamed individuals in a private vehicle. His injures were so severe that he was then transported by ambulance to University Medical Center for further treatment, were he died.

Detectives have learned that some sort of fight occurred in the 10400 block of Rushing between Gutierrez and a suspect.  Police add that, ” no other information has been deemed releasable at this time and this case remains ongoing”

As no arrests have been made, Detectives are asking that anyone with information on this case contact them at 915-832-4400. Or, to remain anonymous and possibly qualify for a cash reward, residents can contact Crime Stoppers of El Paso at 915-566-8477.