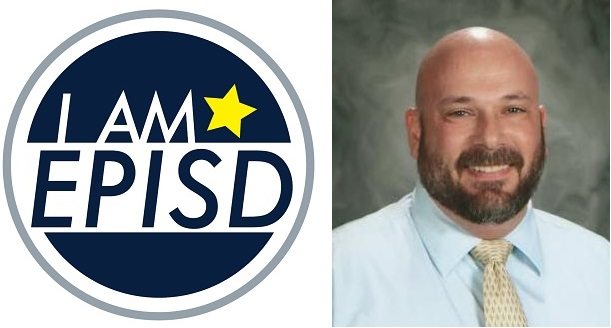 Darren A. Cole, an experienced teacher and school administrator, has been named principal at Terrace Hills Middle School. His first day on the job was Monday.

Cole has been with the El Paso Independent School District since 2014, when he served as the assistant principal for guidance and instruction at Jefferson/Silva Health Magnet High School. In 2015 he was appointed to the School Leadership Area 2 Office where he served as an area facilitator.

“Terrace Hills is getting a strong principal with Mr. Cole. He’s a dynamic educator who has shown he has the skills and the heart to lead a campus,” Superintendent Juan Cabrera said.

“His expertise and his drive to improve the lives of students will serve the Terrace Hills community well.”

Before coming to EPISD, Cole served as assistant principal at Sanchez Middle School in the Socorro school district. He also taught law enforcement at Eastlake High, and theater arts, at Eastwood and Hernando middle schools.

Cole is a former police officer and detective for the Norfolk, Va., Police Department. He also served as an investigator for an large insurance company in Albuquerque, N.M.

He has a bachelor’s degree from Old Dominion University in Norfolk and master’s degrees from the University of Phoenix and Sul Ross State University. He is finishing his doctorate in education from Texas A&M University — Commerce.

Terrace Hills will have a community meeting where parents, students and other community members can meet Cole. The meeting starts at 5 p.m. on Feb. 22 at the school, 4835 Blossom.