The new episode of Testify, a podcast hosted by Charlie Moreno and Andra Litton in partnership with the El Paso Herald Post, is now live.

It was a brisk fall Friday night in November 2013, most newsrooms across El Paso are consumed with gathering football scores for the final week of the season. A strange, yet familiar buzz comes across the police radio scanner.

It beeps again. “Did you hear that?” someone would ask their colleague. Silence. Then again. Despite having listened to the scanner day in and day out for decades, some still struggled to put together the pieces. Missing. Family. Infant. Soldier.

Jeffrey, a Fort Bliss soldier, failed to report to duty two days earlier. His command went to check his home. The family’s souped-up white Charger was parked out front, but their dark colored Dodge Charger was missing from the driveway.

No one answered the door.

Two days later, the couple’s landlord gave authorities access to the home. Clothes were strewn about, furniture was missing or absent. Items were in disarray. And perhaps the most disturbing, a note was left in the diary of the family matriarch, Jenna, indicating the couple intended to commit suicide.

A frantic search began throughout the country for the missing soldier and his family. As national attention focused on El Paso, local law enforcement began to work overtime to locate the family.

Two days later, Jeffrey, Jenna and their 15-month-old son Blake were located at the Eagle’s Nest Motel, a quaint 12-room in located in Michigan’s Upper Peninsula.

In many ways, relief ran like a tidal wave through the community until the glaring omission. The couple’s infant son Jackson, only 5-months-old at the time of the family’s disappearance, was not with them.

The tangle of lies was about to unravel for the family. As a community held its breath, hopeful the infant would turn up unharmed, national media descended like desert vultures. Nancy Grace sent a correspondent and all media outlets from the couple’s hometown in St. Charles, Illinois, to Michigan to El Paso were waiting and hoping.

In a stunning turn of events, Jeffrey was extradited to El Paso where – the following day – the mummified skeletal remains of an infant were unearthed in the New Mexico desert near Orogrande, about 50 miles north of El Paso.

A search of local arrest and court records revealed that Jenna Farrey had run into some pretty serious issues with her oldest son Blake while Jeffrey was away on deployment. She was arrested and charged not once, but twice for abandonment and endangerment of a child. In one case, she was caught speeding going 95MPH on Loop 375 in East El Paso.

When she was stopped, she admitted to officers that she’d left her son Blake at home alone. In the second complaint, Jenna was found to have left Blake at home while she traveled to Elephant Butte in Central New Mexico for a day trip.

While being questioned, she also admitted to El Paso Police Officers that she would sometimes leave Blake unattended while going to the movies or the mall.

Despite the issues with caring for her young son, Jenna son became pregnant again while Jeffrey was on leave. According to Jeffrey’s defense attorney, Joe Spencer, Jeffrey wasn’t made aware of any of the CPS issues until after the birth of their second son, Jackson, in the summer of 2013.

After Jackson’s remains were unearthed in the New Mexico desert, an autopsy was performed by the New Mexico Office of the Medical Investigator. The results, which were returned more than a month later, were inconclusive. There were no obvious signs of foul play, but the small size of the infant’s body compared with another baby at his age were noted.

Jeffrey, despondent over his son’s death, admitted to his attorney Joe Spencer that the boy had died just days before Halloween, on October 27.

According to Spencer, Jeffrey made note to Jenna of the boy’s small size, but Jenna told him they couldn’t take the boy to the pediatrician for fears that the infant would be taken from them by CPS.

Instead, they did nothing. The morning of October 27, Jackson was found dead in his own crib, apparently having choked to death on his own fluids. The couple buried him in the desert the same day.

For three weeks, the couple proceeded as if nothing had happened. Jeffrey later told Spencer that it was Jenna’s idea to run. Once in Michigan, a panicked Jeffrey called his father in Illinois to explain what had happened.

It was Jeffrey’s father who ultimately called authorities to alert them to the couple’s location.

The couple were each charged separately for Injury to a Child by Omission, a first degree felony. Each took a plea agreement and were sentenced to time in the Texas Department of Corrections. Jeffrey was sentenced to 20 years and will be eligible for parole as early as 2022.

Jenna was sentenced to 35 years in prison. She is set to be released in 2049.

In partnership with the Herald-Post, users can listen to Testify Podcasts via our webpage,  download them via the Testify webpage, or via Patreon or via the sites below. 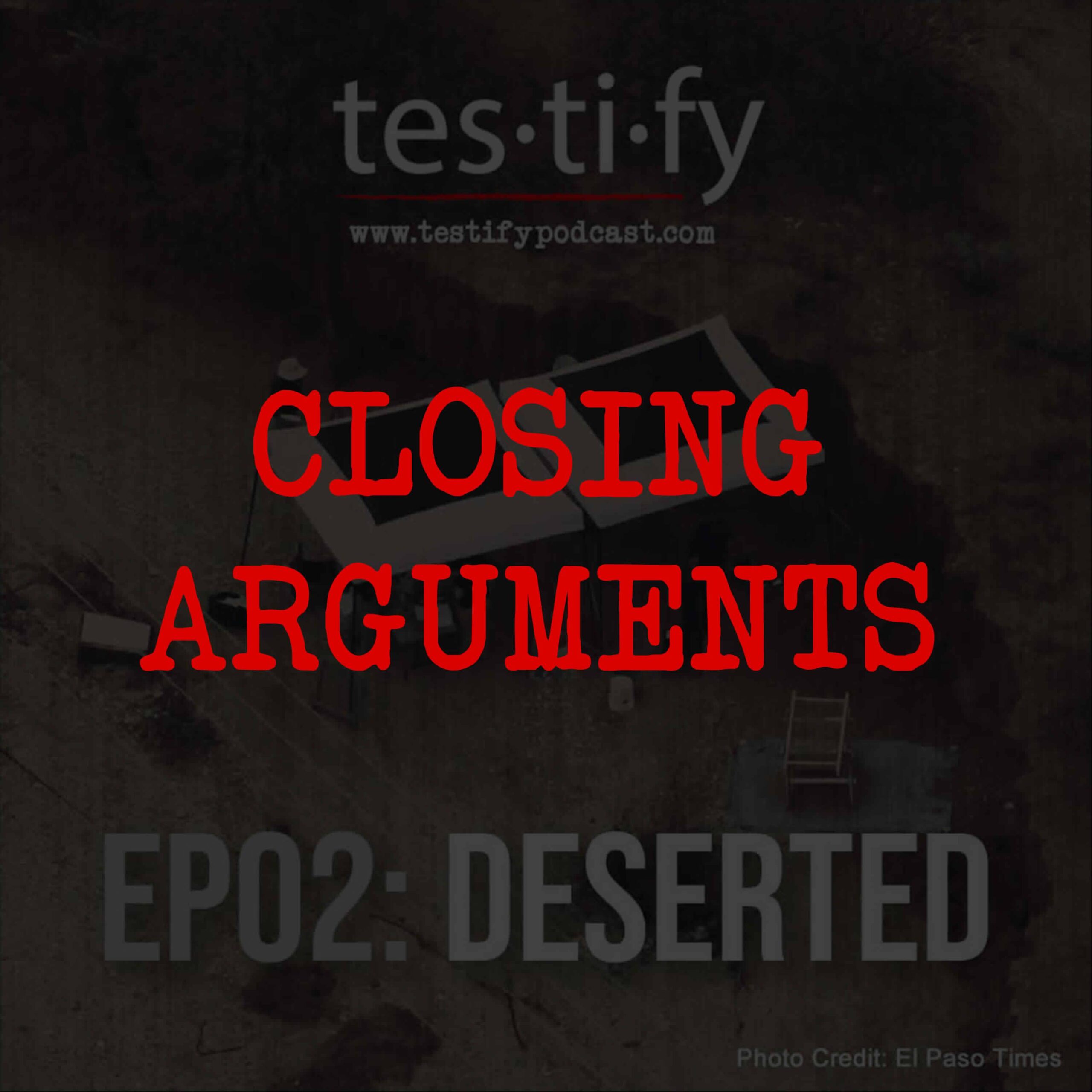