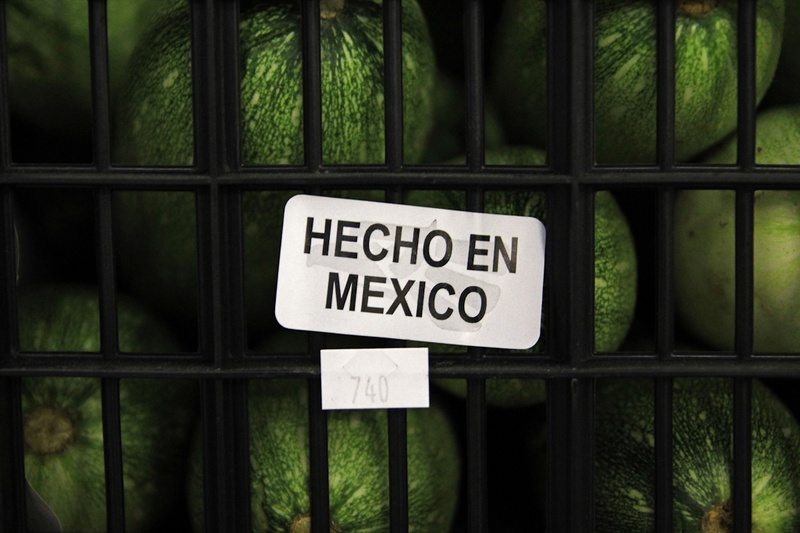 Despite uncertainty on how the Trump administration will renegotiate the United States’ role in the North American Free Trade Agreement, two-way trade between Texas and Mexico has continued to flourish since the president was sworn in in January.

Now, a number of Texas-based business groups have teamed up to prevent a reversal in that trend by making sure the state has a seat at the table now that Trump has told Congress his administration would begin renegotiating the 23-year-old trade deal between the U.S., Mexico and Canada.

Representatives from the Texas Association of Business, the El Paso-based Borderplex Alliance and the Texas Business Leadership Council announced on Thursday the creation of the Texas-Mexico Trade Coalition, a binational group of business interests that seeks to keep Mexico Texas’ No. 1 trade partner.

Coalition members said time isn’t necessarily on their side if they want to preserve the benefits and job growth NAFTA has brought to Texas and beyond.

“The failure to act swiftly will push us into not only the midterm elections in the United States but also the presidential election in Mexico,” said Eddie Aldrete, senior vice president of the International Bank of Commerce and chairman of the coalition. “So we need to pass NAFTA on its own merits, on its own timeframe.”

Aldrete said that will include working to amend the current agreement instead of overhauling it completely.

Texas has more to lose than any other state on the country’s southern border if NAFTA is reworked in a way that decreases trade between the two countries. From January to April of this year, more than $178 billion in two-way trade has passed through ports in the United States and Mexico, according to WorldCity, a Florida-based economics think tank that uses U.S. Census data to track trade patterns. That figure represents a 4.5 percent increase compared to the same timeframe in 2016.

About $94 billion of 2017’s trade has passed through the Laredo customs district, with another $29.5 billion passing through the El Paso customs district. The ports of Houston and Port Arthur are also in included in Mexico’s top 10 trading partners, ranking fifth with $6 billion and eighth with $1.95 billion, respectively.

Jeff Moseley, the CEO of the Texas Association of Business, said revamping NAFTA only makes sense because of how much industry and commerce has changed since pact went into effect in 1994.

“The document, as it was pulled together 23 years ago, did not contemplate that we would have so much development in technology,” he said. “It didn’t contemplate that the Mexican Constitution would have been amended to allow for energy exploration. So there are new opportunities to bring forward.”

Moseley added he was reassured the federal government would listen to stakeholders on the ground after he met with U.S. Secretary of Commerce Wilbur Ross, who said he’d take a “do-no-harm” approach.

But business leaders are also careful not to assume the United States has complete control over the negotiations. Just last month, Mexican Secretary of Economy Ildefonso Guajardo said the country could look to expand trade with China if the United States insisted on trade policies that were not mutually beneficial, CNBC reported. The Mexican government could also explore expanding trade with South American countries as another option.

“It’s always a concern. It’s always out there as a potential threat to our economic interest in the United States,” Aldrete said of Guajardo’s comments. Asked if he thought if the Mexican secretary spoke more out of a sense of national pride, Aldrete said it didn’t matter.

“Whatever his motivation was, it certainly got the attention of a lot of people in the business community to then turn around and push our own administration to focus on the timeline and move quickly,” he said. “From a logistical standpoint, Mexico and the United States would prefer to do business with each other.”

Disclosure: The Texas Association of Business and Texas Business Leadership Council have been financial supporters of The Texas Tribune. A complete list of Tribune donors and sponsors is available here.