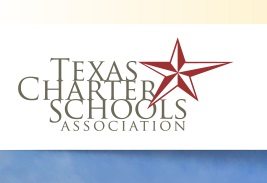 As more than 1,400 public charter school supporters and advocates gather in San Antonio at our annual statewide conference, an out-of-state group has issued a report attempting to disparage the academic and financial success of charter schools nationally and in Texas.

The report ran in a story published by the El Paso Herald-Post on October 27, 2015: “Texas Charter Schools under Scrutiny in New Report”.  The criticism of the report flat out ignores the law governing charter schools in our state, and makes assertions that do not square with reality.

Texas public charter schools must comply with the same academic and financial standards as all other public schools. In 2013, the state adopted even stronger requirements. Now, charter schools with three years of continuous academic or financial problems are automatically subject to closure.

Therefore, the notion that charters have less state oversight on budgets is simply wrong. Further, the Texas Education Agency has adopted stringent financial standards by which charter schools must comply and failure to do so leads to closure.  The assertion there is a “waste” of taxpayer money is completely without merit.

The charge of test tampering in Texas charters is a smear meant to harm our schools based in fantasy and not fact. Finally, the spokespeople for the anti-charter advocacy organization responsible for the report make baseless claims regarding a large charter network doing amazing work with its more than 25,000 students in Texas.

It does not warrant a response, but suffice to say, there is no evidence the network does anything other than create opportunities for student success in education.

Freedom of speech and the press is bedrock to our society, but it’s not legal to yell “fire” in a crowded theater if it’s not true. Simply claiming wrongdoing does not prove wrongdoing and the report meant to harm Texas charters is weak, wrong, and not based on fact.