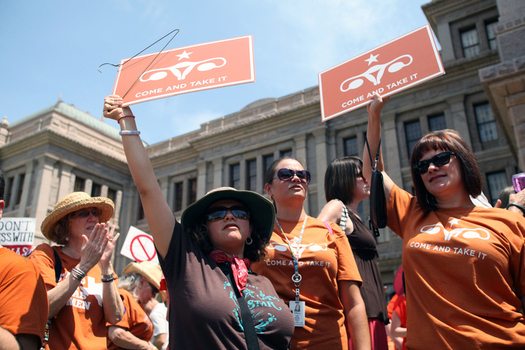 AUSTIN, Texas – A coalition of justice and reproductive rights groups aims to organize into a cohesive political movement the hundreds of thousands of Texans who protested at rallies last month.

Lucy Stein, advocacy director of coalition member Progress Texas, says the group is advocating the issues backed by those who took to the streets after the inauguration of President Donald Trump.

“The groups that have come together are a really broad coalition, and we represent a lot of diverse voices from across the state,” she states. “We know that these are the issues that a growing majority of Texans want their representatives to fight for.”

Stein says the coalition plans to take the fight for women’s reproductive rights to the Republican-controlled Texas Legislature.

“We’re operating in the Texas Legislature, which is a pretty hostile climate,” she states. “There’s already been almost 20 anti-abortion bills filed this session, but what’s really important to us is the coalition to lay the foundation for our vision of the future of Texas.”

Stein says what’s going on in Texas also is happening in many other states and in Washington.

“And so I think what we’re seeing now is these anti-abortion lawmakers are emboldened by a federal administration that shares a lot of their goals in punishing women and curtailing access to reproductive health care,” she points out.

Stein says the coalition aims to promote trust in Texans to make their own health care decisions, respect for medical professionals and access to all reproductive health care options.