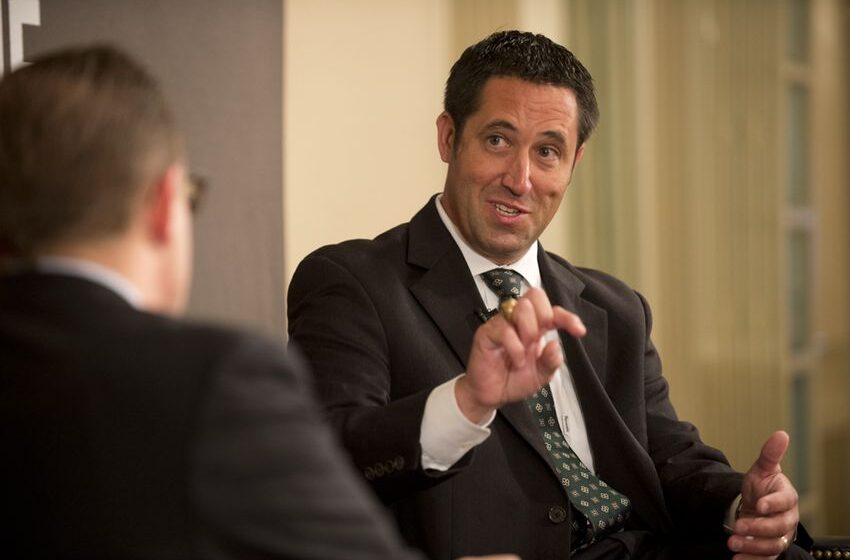 At a time when legislators are vowing to spend more money on public schools and slow the growth of Texans’ property tax bills, the state should have enough money at its disposal to do just that.

That is, if its newest predictions hold true.

Texas Comptroller Glenn Hegar on Monday offered a cautiously optimistic outlook for the Texas economy, telling lawmakers they will have about 8.1 percent more state funds available to budget for public programs — primarily schools, highways and health care — in 2020 and 2021. Hegar projected there would be about $119.1 billion in state funds available for the next two-year budget, up from $110.2 in the last two-year budget.

But falling oil prices in the last month, along with heightened uncertainty in the U.S. economy and international financial markets, led Hegar to deliver a “cloudy” forecast with some trepidation.

In the odd-numbered years when the legislative branch of Texas’ state government convenes in Austin, the comptroller traditionally kicks things off by gazing into a crystal ball of financial modeling. The result is the biennial revenue estimate, delivered as a Powerpoint presentation in an underground Capitol auditorium, which guides lawmakers as they decide what to spend on public programs or tax cuts in the coming years. The amount of money available can vary greatly, depending on how the state’s economy performs.

Meanwhile, the state’s savings account, known as the rainy day fund, is projected to reach a record high balance of $15 billion. Lawmakers will debate whether to dip into that Economic Stabilization Fund to pay for bills coming due from the last two-year budget period, including Hurricane Harvey recovery, and in the upcoming two-year budget.

Advocates for greater investment in public schools reacted positively to the revenue estimate, saying lawmakers now have no excuse not to increase spending, given a growing budget and unprecedentedly large savings account balance.

“This is good news,” said Eva DeLuna Castro, a state budget analyst at the left-leaning Center for Public Policy Priorities. “This is enough to not cut state services.”

One note of fiscal underperformance was slower growth in motor vehicle tax collections. Hegar noted that car and truck sales did not yield enough tax revenue to reach $5 billion per year, which will result in slightly less funding available for the state highway fund than lawmakers had planned for.

Two years ago, Hegar offered a more gloomy revenue estimate, citing low oil prices and other fiscal issues. But the Texas economy outperformed those expectations, and Hegar revised his estimate in July 2018 to announce that the state was on track to bring in $2.8 billion more than what his office had originally predicted for 2018-19.

That was thanks to rising oil prices and production, and to a thriving economy in which Texans displayed a ravenous appetite for spending. Sales tax dollars are the largest source of funding for the state treasury, making up about 60 percent of its income.

“Not only is our economy producing jobs and opportunities, it is generating the revenue we need to meet our growing needs and make historic investments in education, which is key to the future of Texas,” Jane Nelson, the chair of the Senate Finance Committee.

The July announcement had little to do with the upcoming two-year budget cycle that lawmakers will plan for in the legislative session beginning Tuesday. Instead, the extra $2.8 billion will help lawmakers plug some holes in the current two-year budget cycle, for bills the state racked up starting in 2018. Lawmakers this year will pass a backward-looking “supplemental” budget to pay for those bills coming due, which include some costs of Hurricane Harvey recovery and a roughly $2 billion underfunding of the Medicaid program for the poor and disabled.

In July, Hegar said Texas was in the midst of an “economic expansion exceeding our expectations.”

Disclosure: The Center for Public Policy Priorities has been a financial supporter of The Texas Tribune, a nonprofit, nonpartisan news organization that is funded in part by donations from members, foundations and corporate sponsors. Financial supporters play no role in the Tribune’s journalism. Find a complete list of them here.