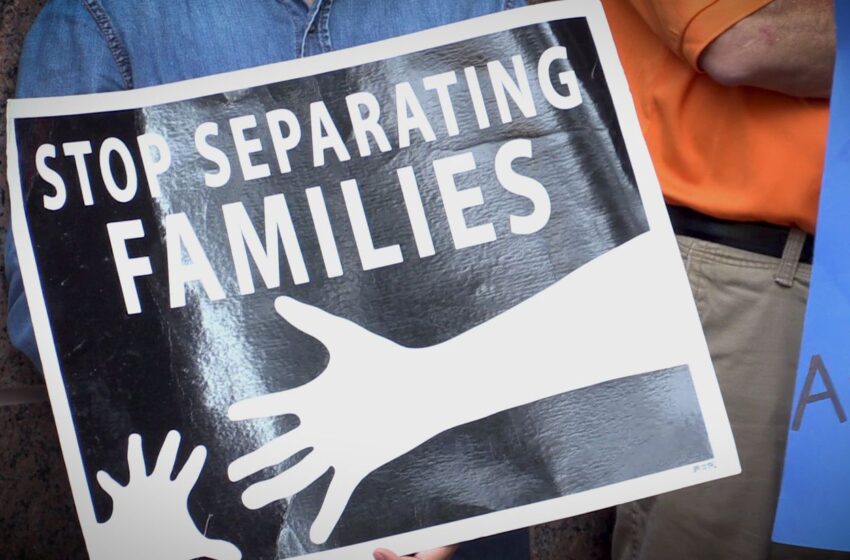 The decision by two of the country’s top Democrats to pull out of a Tuesday meeting at the White House doesn’t signal the death knell for legislation to protect young undocumented immigrants from deportation, lawmakers and policy analysts say.

But each day without a legislative fix means there are hundreds more undocumented immigrants who could be at risk of removal from the United States, they add – even if lawmakers on both sides of the aisle are eventually able to send a compromise bill to the president.

“It’s sending a very worrisome message to our communities about how serious are people in Washington to really provide a remedy,” said Fernando Garcia, executive director of the El Paso-based Border Network for Human Rights. “We were expecting a remedy or a solution by December and it doesn’t look promising that that will happen.”

On Tuesday U.S. Sen. Chuck Schumer, D-N.Y., and U.S. Rep. Nancy Pelosi, D-Calif. — their respective chambers’ minority leaders — declined to attend a scheduled meeting at the White House after Trump took to Twitter to decry the duo as soft on illegal immigration, weak on crime and in favor of more taxes. “I don’t see a deal!” he tweeted.

Meeting topics were to include tax reform, federal spending and a possible legislative solution to protect young undocumented immigrants, known as Dreamers, from deportation. Democrats had hoped to tie the immigration legislation to spending bills Congress is currently considering instead of voting on a stand-alone measure likely to get bogged down in partisan gridlock.

The lawmakers’ inability to even discuss the issue with the president has some advocates fearful of the path forward for nearly 800,000 recipients of 2012’s Deferred Action for Childhood Arrivals. That program granted qualified applicants, including about 124,000 Texans, a work permit and a reprieve from deportation proceedings. Trump announced in October that the program would end in March.

“We’re frustrated by both parties — by Republicans for not taking this issue seriously and by Democrats for not being forceful enough and supporting an issue that should be easy for them,” Garcia said.

“I think what happened [Tuesday] was a lot of your usual D.C. political posturing, with a subtle touch of a presidential tweet,” he said. House Speaker Paul Ryan and Senate Majority Leader Mitch McConnell “know they can’t pass a budget without the votes of Democrats, much less a number of moderate Republicans. And both [groups] have called for the inclusion of a Dreamer fix in the budget.”

Even though Trump was propelled into office partly on his hardline stance on immigration, Noorani said the president could be the first leader in decades to move the needle on the issue.

“Trump has an opportunity to do something that neither Obama or [George W.] Bush could do, and that’s pass legislation that addresses some part of the immigration system in a constructive way” he said. “That opportunity is still there.”

Noorani agreed the clock is ticking, though. The National Immigration Forum said earlier this month that any legislation passed through Congress would take about seven months to implement; the United States Citizenship and Immigration Services and other federal agencies would need time to craft rules, conduct background checks and vet potential applicants. That means that after March 5 — the date Trump has said the deferred action program will end — nearly 1,000 Dreamers will lose their protection from deportation every day until a new program is in place.

“There’s an assumption on the part of policymakers that they pass a law and all of a sudden, by magic, the program is implemented,” Noorani said.

U.S. Sen. John Cornyn, R-Texas, said Tuesday that whatever the timeline is, any proposal set forth should include border security measures. He also praised Trump for tasking lawmakers with coming up with a fix instead of doing it on his own, and said he had personally told U.S. Sen. Dick Durbin, D-Ill., he was ready to negotiate. Durbin is the author of the DREAM Act, a measure he’s championed since 2001 that would provide legal residency and an eventual path to citizenship for undocumented youth.

“We could do it before the end of the year, we could do it after the first of the year. We know that March is an important timeframe when the benefits of the DACA begin to go away, and so I think there’s a great opportunity for us,” Cornyn said. “I think it deserves its own consideration together with some enforcement and border security measures and I think that’s a good solution to the problem.”

But Garcia fears waiting until next year means more undocumented immigrants will wear a target on their backs.

“When a Dreamer is with no status they are not only in limbo but they are going to be subject to deportation,” he said. “The worst thing is that the federal government has their names and contact information. So we don’t trust the administration.”

Claire Allbright contributed to this report from Washington, D.C.