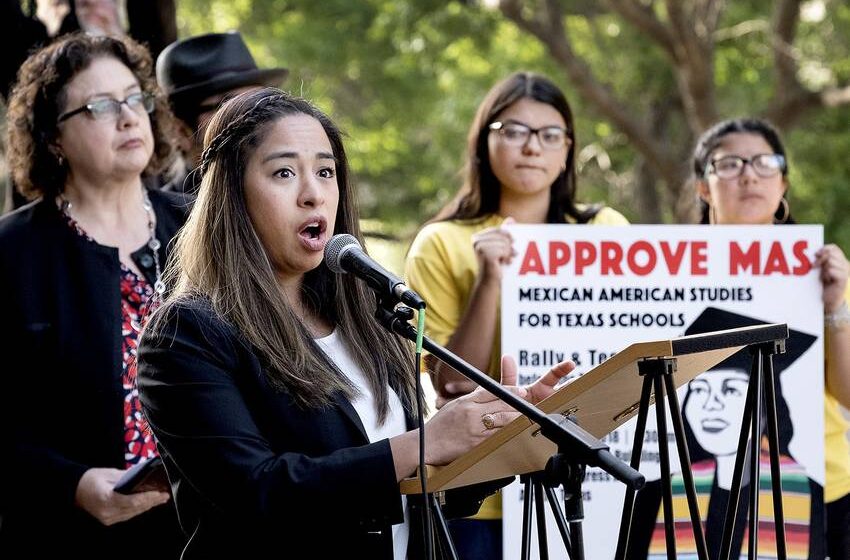 Texas advocates for Mexican-American studies classes won a bitter victory Wednesday, in gaining approval to move forward with the class they wanted, but losing the course title.

The board had been debating more than four years over how and whether to offer teachers materials and guidance to teach Mexican-American studies. In a preliminary vote, the State Board of Education voted nearly unanimously to create curriculum standards for the elective class. But now it will be called “Ethnic Studies: An Overview of Americans of Mexican Descent.”

A final vote on the issue is scheduled for Friday.

The class will be based on an innovative course Houston ISD got state approval to offer in 2015. Texas Education Agency staff will make any needed changes to that set of curriculum standards and then bring it back for the first of two public hearings and votes in June.

Lawrence Allen, a Houston Democrat, was the only member to vote against the newly named course, expressing support for Mexican-American studies but criticizing the new title.

Starting a fierce debate with Democrats on the board, Beaumont Republican David Bradley proposed the new name for the course. When asked why he didn’t want to keep “Mexican-American studies,” he said, “I don’t subscribe to hyphenated Americanism. … I find hyphenated Americanism to be divisive.”

“As someone who identifies as Mexican-American, your experience is unlike my experience,” San Antonio Democrat Marisa Perez-Diaz retorted. “I’m asking you to be inclusive.”

Most Democrats, except for El Paso Democrat Georgina Perez, voted against Bradley’s proposal. But they were outnumbered. Standing outside the hearing room to discuss their strategy after the vote, Texas professors and teachers criticized Perez for voting to strip the Mexican-American studies class of its name and brainstormed future options.

“We can change the name in the public comment phase if enough of you turn out,” said Brownsville Democrat Ruben Cortez, who represents District 2 on the board and has been spearheading the fight for a Mexican-American studies course for years.

Of 38 people who signed up to testify on the issue, 37 noted they were in favor of approving the course. (The one person who signed up in opposition is Friendswood ISD board member Matt Robinson, likely to replace Bradley in January. He did not speak Wednesday.)

Even before the vote, Texas teachers could already offer Mexican-American studies as a social studies elective, but they have to put in additional work to build a course structure and choose textbooks. That left smaller school districts facing an uphill climb to get a class started.

With little centralized guidance on what to teach in Mexican-American studies, districts currently offer varying versions of the course.

Teachers already offering some version of Mexican-American studies shared positive reviews from their students who talked about being thrilled to see themselves reflected in their coursework. They also asked the board to approve a set of centralized standards for how to teach the course, so they could spend more time teaching than planning what to teach.

“Students have a lot more freedom when we learn about our culture,” said Damian Mota, a seventh-grade student at KIPP Camino Academy in San Antonio. “If you walk into our classroom, you’re not going to see a traditional classroom. We are passionate learners who back up our claims.”

Teachers and professors who testified cited research showing that students who learn their cultural histories do better academically.

“We’re not proposing a supplement to what is already being done,” said University of Texas at Austin professor Emilio Zamora. “Research has demonstrated that Mexican-American studies … does improve academic performance.”

At the board’s first public hearing on the matter in January, some Republican board members pushed back on the idea of an official course. Board member Marty Rowley, an Amarill0 Republican, said in January that a Mexican-American studies course could be exclusionary by not focusing on the contribution of “other Latinos to Texas history or American history.”

Critics of that decision have argued that asking publishers to create books without curriculum standards to reference is ineffectual. They said approving the course first, and the standards to go along with it, would give publishers much needed guidance as well as reassurance that school districts might actually buy their textbooks.

The board has twice put out calls for ethnic studies textbooks since 2015 and failed to find Mexican-American studies materials they wanted to approve.

Board members also voted Wednesday to create a process for approving other elective courses in ethnic studies. Just courses in Native American, Latino, African American and Asian Pacific Islander studies will be considered.

Disclosure: The University of Texas at Austin has been a financial supporter of The Texas Tribune, a nonprofit, nonpartisan news organization that is funded in part by donations from members, foundations and corporate sponsors. Financial supporters play no role in the Tribune’s journalism. Find a complete list of them here. 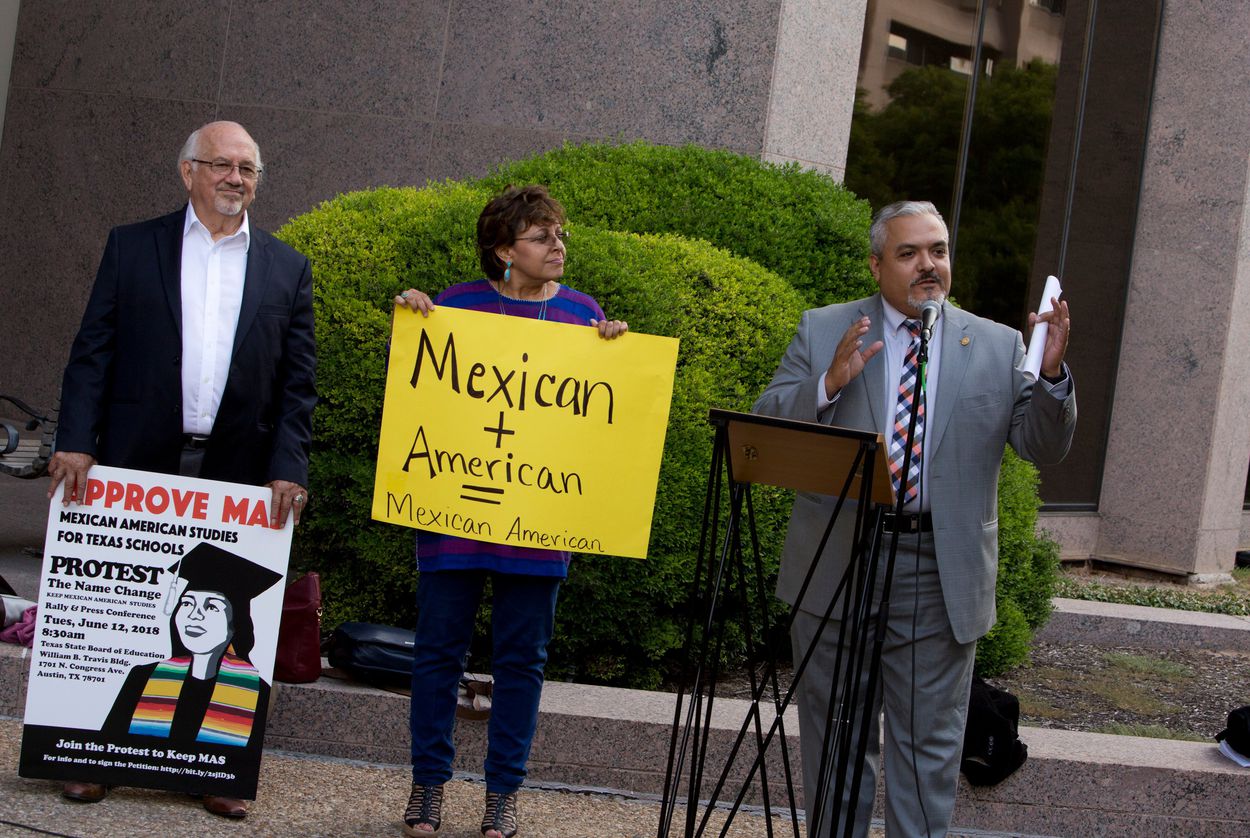 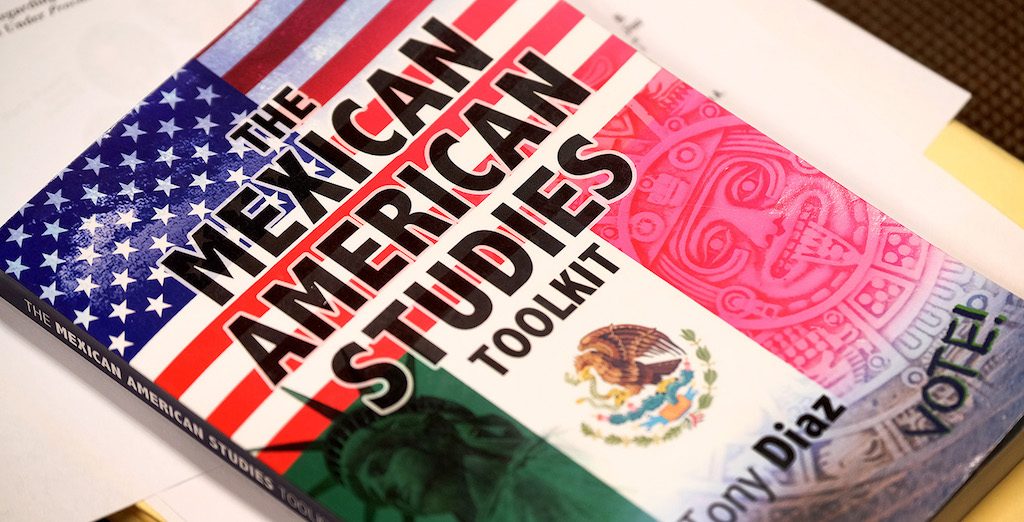