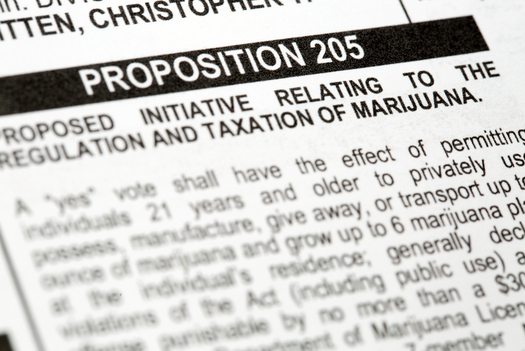 AUSTIN, Texas – While a number of states approved new laws legalizing marijuana this week, many Texans are asking when the state might change its ban on cannabis use. While voters in states like California, Massachusetts and Maine can change their laws through the ballot box, advocates for legalizing marijuana say the process is more complicated in Texas.

Jax Finkel, executive director of the Texas chapter of National Organization for the Reform of Marijuana Laws (NORML) said despite growing public support for such laws, there are major hurdles to overcome in the Lone Star State.

“In Texas, we do not have a ballot initiative to change our drug laws; we have to do it through the Legislature,” she said. “They meet every two years for 140 days, and that’s our opportunity to get bills submitted, passed through the process and turned into law.”

Finkel said she’s seeing some changes in the hardline opposition to legalization in Texas. In 2015, lawmakers approved the use of low-THC cannabis for certain types of epilepsy. However, statewide law-enforcement associations remain firmly opposed to legalization. The Republican-controlled Texas Legislature convenes in January.

“The last poll that we did, we saw overwhelming support for a change to civil penalties, and we have seen as many as 47 percent of Texans polled showing that they support adult retail use,” she added.

She said legalization is a major issue for Texas veterans. Many say cannabis is often better at relieving the symptoms of PTSD and other battle wounds than prescription drugs, and are concerned that using it makes them criminals.

“The cost of $10,000 per arrest and we’re arresting 70,000 Texans a year, that’s extremely high,” Finkel said. “Law enforcement needs to be able to focus on crime that has a real victim, and not something that is possession of a plant.”

Analysis: For Texas lawmakers, a ballad of...

How can Texas fix its marijuana problem...

Tony the Tiger Sun Bowl on CBS for...

Tony the Tiger Sun Bowl on CBS for...