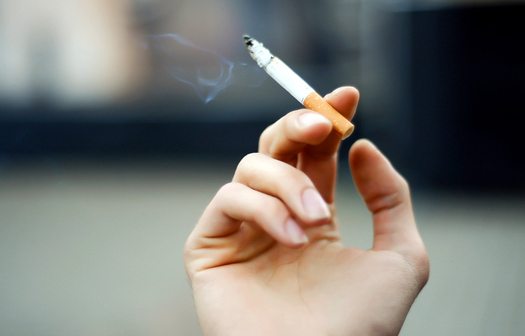 AUSTIN – The American Lung Association has released its 2016 report card on the state of tobacco control, and Texas received failing grades across the board.

The report gave the Lone Star State an F in all five categories: tobacco prevention and cessation funding, smoke-free air, tobacco taxes, access to cessation services, and raising the legal age for tobacco use to 21. JoAnna Strother, regional director of public policy at the American Lung Association, said Texas lawmakers are moving in the wrong direction on funding for tobacco prevention.

“Within the budget bill in the Legislature this year, the program is looking at an additional 33 percent cut,” Strother said. “So that’s very unfortunate, and we want lawmakers to know that it’s very important to help people quit smoking.”

According to the Centers for Disease Control and Prevention, about 19 percent of all Texans smoke tobacco, and more than 17 percent of youth in grades 9-12 smoke.

Strother said illness and death caused by smoking costs Texas $8.8 billion a year. She said Texas spends relatively little on smoking cessation, does not have a statewide law banning smoking in public places and has not increased the legal age for tobacco use to 21.

The state only spends a small amount – 5.5 percent of what is recommended by the CDC – each year for tobacco-prevention programs.

“We also recommend looking at tobacco taxes. We believe that’s a win-win all the way around,” Strother said. “Texas is below the national average on tax per pack of cigarettes. So we consider having them open their eyes to other ways to help people quit and create revenue.”

The American Lung Association rated all 50 states on a number of tobacco-control criteria developed by the U.S. surgeon general and the CDC. The report found that the federal government did only slightly better than Texas, getting a B for its mass media campaigns, a C for cessation coverage and Fs for regulation of tobacco products and tobacco taxes.