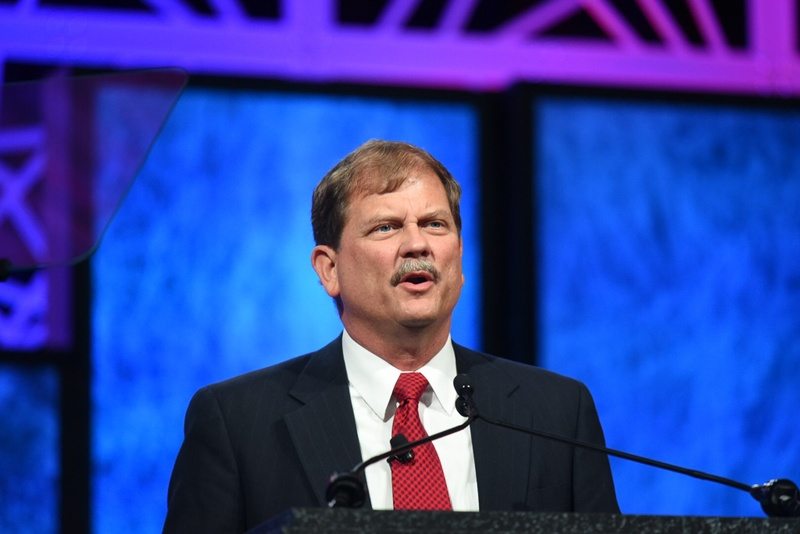 Texas Republicans are preparing for a closely watched Electoral College vote Monday in what is normally an afterthought to a presidential election.

Texas Republicans are preparing for an unusually closely watched Electoral College vote, normally an afterthought in a presidential election that has been transformed into a flashpoint by this year’s extraordinary race.

With one elector planning not to vote for Donald Trump and another resigning, the proceedings will likely draw national attention once they get underway at 2 p.m. Monday in the Texas House chamber. It’s a less-than-ideal situation for the state GOP, which is making a push to ensure there are no further defections as the state’s 38 electors are inundated with last-ditch pleas to revolt against Trump.

“Our electors signed an oath to support the nominee when it was obvious that Mr. Trump would be our nominee,” Texas GOP Chairman Tom Mechler said in a statement Wednesday, one of two that day that had sharp words for potentially anti-Trump electors. “We expect that our electors will honor their pledge. To cast a ballot against the will of the voters after signing an affidavit promising to do so, is to refuse to accept the outcome of an election.”

Heading into the weekend, the Texas GOP was not expecting any so-called “faithless electors” besides Chris Suprun, a Dallas paramedic who announced earlier this month he will not vote for Trump. He said Thursday he was still undecided on who he would instead cast his ballot for and may not announce the name until the day of the vote.

As for the Texas GOP’s saber rattling, Suprun made clear he was not fazed.

“I thought Mr. Mechler understood the idea we have a constitutional republic and representatives don’t always vote the way the public likes,” said Suprun, who so far is the only elector to commit to not voting for Trump.

Suprun’s decision is only one piece of the drama expected Monday. Another elector, Art Sisneros of Dayton, has said he will resign at the meeting, and while he is likely to be replaced by a Trump supporter, the process of getting there is wrought with uncertainty.

Anyone who is present in the chamber Monday and meets a few requirements under the election code can be nominated to replace Sisneros. The gallery will be open to the public, and electors are allowed to bring a number of guests — in other words, there could be many possibilities to replace Sisneros but as of Friday there appeared to be no consensus choice.

At a recent meeting of the state Republican Executive Committee, member Chris McDonald put forward a motion to try to get the party to coalesce around state Rep. Dennis Paul of Houston as Sisneros’ replacement. The effort was unsuccessful.

Taken together, the moves by Suprun and Sisneros have created something of an unprecedented situation heading into Monday. At least when it comes to faithless electors — electors who do not support the winner of the statewide popular vote — Texas election experts said Thursday they could not recall the state having one in modern history.

Then again, the presidential election was anything but normal. Trump’s shocking victory over Democratic rival Hillary Clinton, who still leads in the popular vote, has left many Democrats pushing for the Electoral College to deny Trump’s win, which would require 37 electors to flip against Trump and throw the election to the GOP-controlled House of Representatives.

“Generally, it’s one [faithless elector] or two max — in many elections, none — so this is unusual when there’s an organized effort to encourage electors to be faithless,” said George Edwards III, a political science professor at Texas A&M University who studies the Electoral College.

The latest twist came Monday, when a group of electors including Suprun, requested an intelligence briefing on foreign interference in the election prior to the Electoral College vote. Clinton’s campaign quickly endorsed the idea, and the Texas Democratic Party also supports it, party spokesman Tariq Thowfeek said Thursday.

Mechler, in one of the statements Wednesday, said an intelligence briefing for electors would amount to a compromise of national security. “To openly suggest that people without a security clearance should receive high-level classified information is incomprehensible,” Mechler said.

Suprun was the only Republican elector to lend his name to the push for an intelligence briefing. He has become more and more of a lightning rod in the lead-up to the vote, especially after a WFAA report Thursday that cast doubt on his claim, made in his op-ed announcing he will not vote for Trump, that he was a first responder on 9/11. Suprun disputed part of the story Friday, saying he had worked for a different fire department than the one listed on a resume that WFAA reviewed.

Suprun has already drawn the ire of some of the state’s top Republicans, who are now pushing to make Texas the 30th state where electors must support the winner of the statewide popular vote. Shortly after Lt. Gov. Dan Patrick raised the prospect of such a requirement earlier this month, state Rep. John Raney, R-College Station, filed legislation proposing it.

“I just got to thinking about it after we were hearing about folks that may not follow their pledge,” said Raney, whose bill would fine faithless electors $5,000. “I thought, ‘You know? If you make a pledge to support somebody, you need to follow the pledge.”

The pledge being referred to by Raney and Mechler is one electors signed earlier this year at the state GOP convention promising to vote for their party’s nominee. The document is not legally binding.