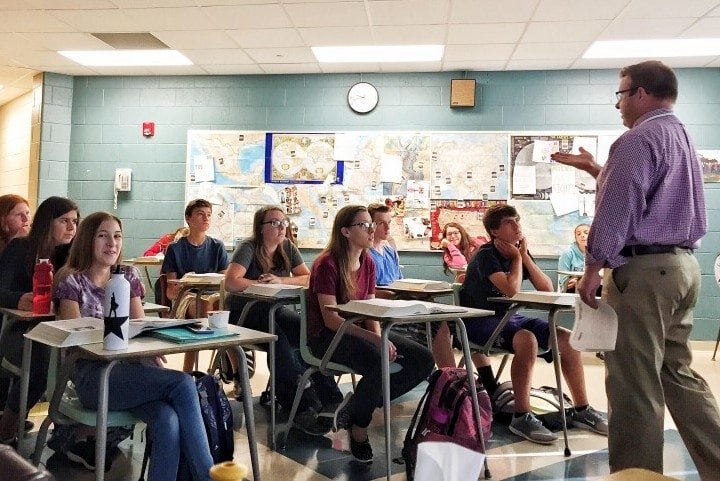 AUSTIN – Statistics out this week show that teachers’ salaries in Texas now rank among the bottom third of all 50 states.

Although teachers in West Virginia, Oklahoma and Arizona have walked out or are preparing to walk out of the classroom in protest, the more than 350,000 public school teachers in Texas don’t have that option – it’s against the law for them to strike. Monty Exter, a lobbyist with the Association of Texas Professional Educators, said Texas teachers not only face low salaries, but also benefits such as health insurance and pensions that are some of the poorest in the country.

“When you look at just salaries in Texas, we are pretty much in the middle of all states in a ranking, but we are still about $6,000 below the national average,” Exter said. “The main issue for teachers in Texas is our non-salary compensation is ranked 50th out of 50.”

While underpaid instructors in other states have organized to pressure lawmakers in an effort to get better compensation, officials say most Texas teachers would lose their jobs if they went on strike. In 2017, the Texas Legislature failed to pass an education funding reform package that would have provided teacher raises, instead concentrating on a failed attempt to pass private school vouchers.

Clay Robison, public affairs specialist with the Texas State Teachers Association, said while they can’t join them on the picket lines, Texas educators back educators’ efforts in other states to fight for better pay and benefits.

“We strongly support our colleagues in Arizona and the other states where they have been walking out over poor salaries, poor education funding, and in some cases, they’ve been walking out to protect their pensions,” Robison said.

Exter said the best place for teachers to bring change to Texas schools is at the ballot box.

“When you look at educators in Texas and you add in the retired education community, you’re talking about more than a million people,” Exter said. “And if all those folks voted, they could essentially, probably, sway almost any election in the state of Texas.”

In a report this week, the National Education Association ranked Texas 36th among the states in per-pupil funding. It also said the average teacher salary in Texas is about $53,000 a year – well below the national average of more than $60,000.