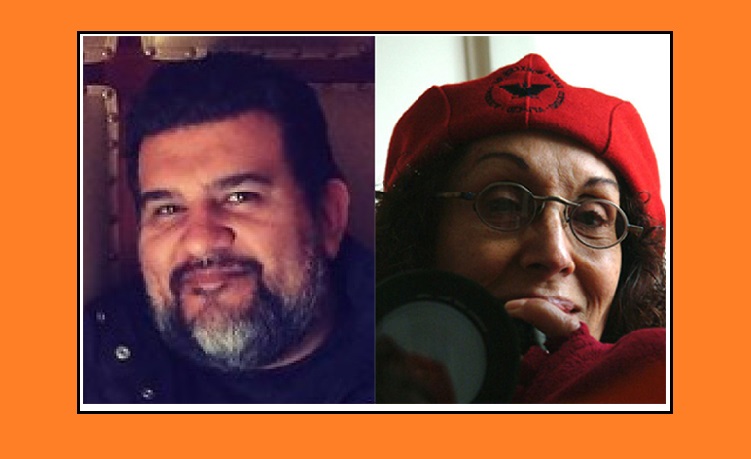 Two alumni from The University of Texas at El Paso have been appointed by the Texas Legislature to represent the state as top artists in their fields. Their one-year terms start May 18, 2022.

Lupe Mendez will be the state’s poet laureate and Celia Álvarez Muñoz will be the state’s two-dimensional artist. They were nominated by a legislative-appointed committee based on the exceptional quality of their work and for their outstanding commitment to the arts in Texas.

Committee members acknowledged that the artists had contributed to the state’s distinctive cultural identity throughout their distinguished careers.

“UTEP is located in a vibrant border and trading community with a rich artistic heritage,” UTEP President Heather Wilson said. “The selection of these two alumni is a point of pride for the University and the El Paso region.”

“We are extremely proud of these two UTEP alumni and their recognition by the state of Texas,” said Denis O’Hearn, Ph.D., dean of the College of Liberal Arts. “While their appointments as poet laureate and two-dimensional state artist are tremendous personal accomplishments, they also reflect on the mentorship of our faculty in the arts here at UTEP.”

Appointees must be native Texans or must have lived in the state for at least five years, and must have reputations for high-quality work at the state, regional or national levels.

Mendez, a Galveston native who lives in Houston, earned his MFA in creative writing from UTEP in 2015. He is an educator who founded Tintero Projects, an organization that works with writers of color within the Texas Gulf Coast Region.

Throughout the years, Mendez has earned fellowships from CantoMundo, the Macondo Foundation and the Crescendo Literary/Poetry Foundations Emerging Poet Incubator. The Texas Institute of Letters awarded him the 2019 John A. Robertson Award for best first book of poetry for his “Why I am Like Tequila.”

“The appointment to this position means the world,” said Mendez, a well-published author.

Mendez said that he will use his position to provide a platform for poets and audiences across the state as well as to encourage others to be poets.

Álvarez Muñoz, a native El Pasoan who resides in Arlington, earned her bachelor’s degree in art from Texas Western College (now UTEP) in 1964 and her MFA from the University of North Texas in 1982.

“I am very happy to be in an amazing group of honorees from the State of Texas,” she said.

She started as an illustrator, but later experimented with different media to include book art, sculpture, language, photographic media and installations-based work. Museums and galleries around the world have shown her art from an almost 60-year career.

Among her list of honors is the 2020 Lifetime Achievement Award in Visual Arts from the Art League of Houston for her distinctive, innovative and multidisciplinary efforts. She also has earned two National Endowment for the Arts grants.

Appointees were nominated by the Texas Commission on the Arts. Gary Gibbs, the commission’s executive director, said that these honors bring attention to the important role the arts play in shaping Texas’ cultural landscape.

“These Texas State Artists are the best of the best,” Gibbs said. “Their work defines our character of place and reflects the distinctive qualities that make Texas unique.”