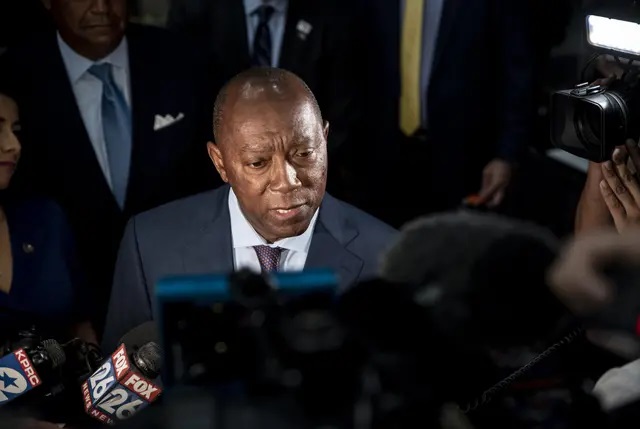 The mayors of Texas’ most populous cities described painful budget cuts with shortfalls of tens of millions of dollars stemming from the coronavirus pandemic. But they said they’re worried that future budgets could be just as difficult to balance for years to come.

Mayors Betsy Price of Fort Worth, Ron Nirenberg of San Antonio, Dee Margo of El Paso, Sylvester Turner of Houston, Steve Adler of Austin and Eric Johnson of Dallas said the future strength of their local budgets will depend on multiple factors, including if or how conventions and festivals return to the state next year. But they also took a glass half-full approach when it came to layoffs, as several mayors said they were able to keep employee losses or furloughs to a minimum.

“It’s not so much the budget that we just finished, I am concerned about the next budget,” Turner said. “We’re going to be in this tight situation for the next two or three years. There are some businesses that are not going to return, there is some revenue that we are not going to get, all of our conventions for example have been canceled or rescheduled.”

The discussion was part of a longer conversation the mayors had with Texas Tribune CEO Evan Smith during the 2020 Texas Tribune Festival.

The temporary closure of businesses and high levels of unemployment due to the pandemic have caused sales tax revenues — which make up a significant portion of cities’ budgets — to plummet. Cities have found some relief in federal funding passed by Congress, but some municipalities still had to layoff or furlough employees. The largest unknown is the effect that the pandemic will have on property taxes, which tend to be the largest source of revenue for cities.

Turner said Houston took a hit of about $162 million but was able to avoid furloughing or permanently letting go of its employees. But the city will be walking the “tightrope for quite some time,” he said.

Price said local sales tax revenues for 2020 in Fort Worth are down about $20 million, but that figure is improving because spending has increased in some retail sectors. She agreed with Turner that working through budget woes will be a multi-year effort.

“This is a long-term stretch for cities,” she said. “The hardest hit, clearly, has been our public events fund which relies on hotel occupancy tax and sales tax.”

Nirenberg said San Antonio is staring down a revenue hit of more than $100 million but creative budgeting kept it from being worse.

“We suspended about $200 million worth of expenses in the middle of the fiscal year that we knew would help with the fund balance moving forward,” he said.

Nirenberg agreed when Smith asked if that was essentially “pushing the pain from this year to next.”

Johnson painted a more optimistic outlook. He said the budget shortfall in Dallas will be in the tens of millions after city leaders initially thought it could have been several times that much. He credited that to new construction projects.

“Property tax collections are expected to offset more than we expected,” he said. “We are still down from where we have been but not as badly as we thought it was going to be.”

Margo said that El Paso doesn’t have that luxury since 70% of the border city’s tax base in residential. The 2021 budget that went into effect Tuesday includes a $24 million reduction but the city did not raise taxes and was also able to suspend new construction.