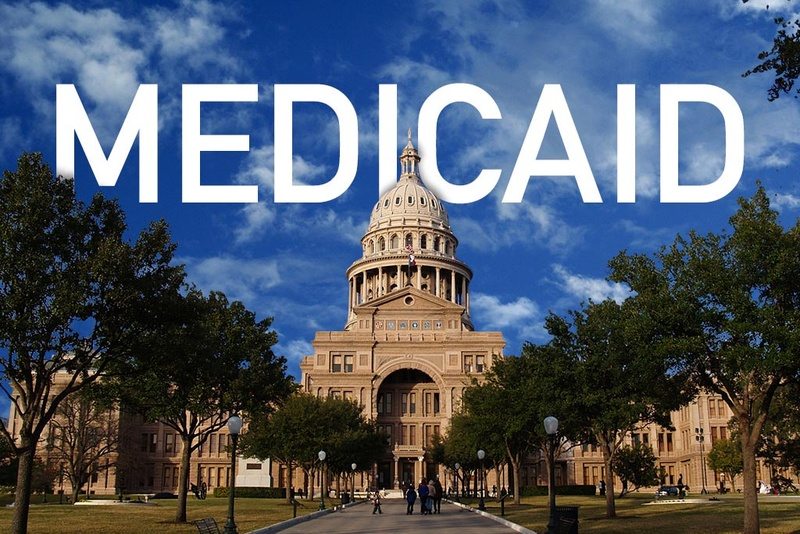 Texas was within eight days of slashing the amount of money it pays therapists for poor and disabled children when a state district judge last month stepped in and blocked the move.

It was the latest round in a high-profile legal and public relations battle that has ensued since lawmakers ordered a roughly 25 percent cut in Medicaid funding for pediatric therapy services. The conflict has mostly been cast as a battle between government budget ax wielders and helpless children, and the cuts are now in limbo at least until a January trial date.

Meanwhile, the Texas Health and Human Services Commission must figure out a new plan to slash payments to therapists — which Texas officials say are more generous than payments in other states — without closing down the sometimes big businesses that have come to rely on that cash flow to provide care to vulnerable Texans.

For home health companies, a lot of money hangs in the balance — about $4.5 million per year for his company, says Michael Reiswig, president and chief executive of Dallas-based Care Options for Kids, which is among those suing the state over the cuts.

Claiming to be the largest pediatric home health agency in the state, Care Options has about 400 employees. At any given time, the company says, it is sending speech, occupational or physical therapists to help 2,600 Texas children in their homes, paid for by Medicaid, the public insurance program for the poor and disabled.

Last year, Reiswig said his company earned a 5.6 percent profit for its owners, including the private-equity firm Ancor Capital Partners, which owns one-third of the company.

Current and former state officials say Texas’ payments to therapists from Medicaid have been unnecessarily high for at least a decade. Lawmakers, arguing that Texas pays therapists more than other states, ordered a $100 million payment cut to the program last session.

But some analysts say it would be a mistake to try to cut payments so forcefully that providers like Care Options, whose finances rely on serving Medicaid kids, would be forced to close at once.

“The state arguably has had bad public policy in place for a number of years, or incorrect reimbursement rates,” said Billy Millwee, a former Texas Medicaid director. “Well, now you have a whole industry that has built a business model on that, and it’s serving the Medicaid population, so you don’t turn it on a dime.”

After the court’s ruling, even some of Texas’ most fiscally conservative stalwarts seemed to have been persuaded by that argument — and Lt. Gov. Dan Patrick wrote a letter indirectly telling Health and Human Services Commissioner Chris Traylor to cut less if he had to. That’s left the health commission to decide how to best save money while appeasing providers, who say they’ll be forced out of business if they can’t continue reaping what they say are modest earnings.

Reiswig, through a spokesman, declined to be interviewed for this article. But in a prepared statement, he said that “clinical excellence for the patient and family comes first” at Care Options for Kids, and that his private-equity backers had never been paid a dividend.

“Our profits have, and continue to be, reinvested back into the business to provide for advancements in independent research and technology,” he said.

State policymakers say they have targeted pediatric therapists for payment cuts almost every year since 2005, but those cuts have hit rehabilitation facilities and independent therapists harder than home health providers, state records show.

The health commission says it pays in-home therapists in the Medicaid program more than Medicare, the federal insurance program for the elderly, does. That’s a rarity for Texas Medicaid, considered a frugal payer for most health care services. Primary care doctors, for example, earn only about 65 cents from Medicaid for every dollar they get from Medicare.

Home health agencies’ comparative good fortune when it comes to payments, even in years of budget shortfalls, “speaks to how connected these guys have been politically,” Millwee said.

But this year, that trend changed abruptly. Even some of those who believe payments should be cut say what lawmakers ordered may have been too drastic. An internal memo from the health commission warned the proposed cuts could have “serious negative implications for the maintenance of an adequate therapy provider base,” according to court statements.

Reiswig testified in court that in some North and West Texas markets, such as Abilene, his company is the only home health therapy provider. If cuts force him to close, he said, it would jeopardize disabled children’s health in those regions.

Not everyone, however, believes the gloomy predictions. In much of Texas’ Medicaid program, private insurers are responsible for maintaining a network of health care providers for their members. Several of those insurers have said, publicly and privately, that they already pay well below Texas’ Medicaid rates for therapy and that they do not anticipate any issues with the cuts.

“We would have no problem with our Medicaid members accessing a therapist with the proposed rate cuts,” said Mary Dale Peterson, chief executive of Driscoll Children’s Health Plan, a Medicaid managed-care organization in South Texas. “We have plenty of therapists in our network.”

Not-for-profit therapy providers and advocates for children with disabilities have voiced concerns over the cuts, but they have distanced themselves from for-profit providers. Many providers in the federal-state Early Childhood Intervention program, which serves developmentally delayed children under three years old, asked the health commission to exempt them from the Medicaid cuts because they are a different sort of health provider.

In that program, teams of therapists care for children in their homes and social workers help link families with community services such as pre-kindergarten programs. Federal and state funds pay for much of the program’s costs, but in many cases, the Early Childhood Intervention providers can bill Medicaid t0 make up the remaining balance.

With the Medicaid therapy cuts, “all it means is that the state is going to fill a bigger gap on the back end,” said Tod Marvin, chief executive of Easter Seals Central Texas, a provider in the program.

“Honestly, it’s so infuriating that these cuts were made under the implication that people are profiting huge,” Marvin said. “If there are a few people out there who are unscrupulously profiting off of these Medicaid rates, then deal with them. But the huge vast providers of Medicaid services — to suggest that if one is doing it, all are — shows a level of misinformation and uneducated perspective.”

The number of Medicaid patients receiving therapy services, whether at home or in a facility, has grown nearly 40 percent since 2009, from roughly 170,000 to 240,000 Texans. About two-thirds of those were children, according to the health commission.

Meanwhile, spending on home health agencies that provide speech, occupational and physical therapy grew more than 230 percent between 2009 and 2013— from $99 million to $328 million.

The Texas Association for Home Care and Hospice, which represents the home health industry, has criticized the state for making cuts without providing an explanation for that growth. Cutting payments to providers, they say, could simply exacerbate problems in a state where a growing number of children need therapy services.

They take umbrage at suggestions made by some Republican leaders, including Lt. Gov.Patrick, that fraud or waste may be responsible for much of the cost growth. Patrick, who wrote to the health commission to defend the decision to slash payments in order to “hold the line on waste, fraud and abuse,” also told the health commission it had the flexibility to make less drastic cuts in order to protect children’s wellbeing.

Patricia Gray, a former House Democrat and health law researcher at the University of Houston, said she was personally supportive of pediatric therapy providers because of her experience raising a developmentally delayed “young relative” who benefited from speech therapy and is now excelling in school.

But, she said, “I do recall from my time in the Legislature a home-health provider in my county saying, ‘Some of these folks ought to be ashamed of themselves. If you can’t make money in this business, then you don’t know what you’re doing.'”

Gray said the health commission should more transparently collect information about home health agencies’ finances and costs, because that would “really let people either be more empathetic to the position that the state is in, versus telling some young woman whose child has a medically diagnosed speech disorder, ‘You don’t get therapy anymore.’”

Disclosure: The University of Houston was a corporate sponsor of The Texas Tribune in 2013. A complete list of Tribune donors and sponsors can be viewed here.