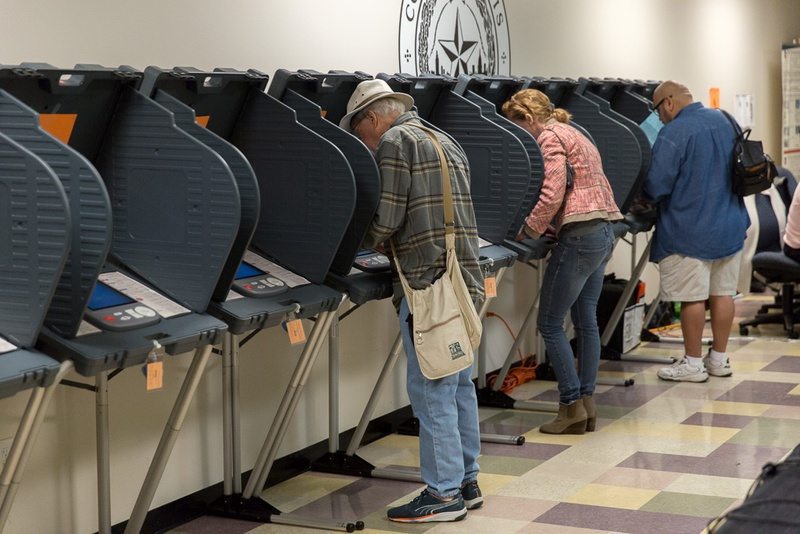 You already know that Texas voter turnout doesn’t measure up. Here’s a new brick in that particular wall: Only seven primary states had lower turnout in the major-party primaries held earlier this year.

Not all states hold primaries for both major parties, but of the 35 that do, Louisiana’s 17 percent turnout (8 percent Republican and 9 percent Democratic) was the worst. In New Hampshire, the top state in these rankings and the home of the most famous primary of all, 51 percent of the voting age population turned out.

Republican turnout, on average, was slightly higher than Democratic turnout in the primary states. It was highest in New Hampshire (27 percent), followed by Wisconsin (25 percent) and Alabama (23 percent).

Democratic turnout was highest in Vermont (27 percent), the home state to Sen. Bernie Sanders, who contended for the nomination, and in nearby New Hampshire (24 percent).

Republican turnout in Texas was pretty close to the national average, but Democratic turnout here was the lowest of all 35 states studied and only about half the average achieved in other states.

In the Texas primary, held on March 1, U.S. Sen. Ted Cruz led the Republican presidential race with 44 percent of the vote, followed by Donald Trump at 27 percent. Hillary Clinton easily won the Democratic side with 65 percent support, followed by Sanders with 33 percent.

Though Texas saw record turnout numbers for the 2016 presidential primaries, it still ranked near the bottom nationally, above seven of the 35 states who held primaries for the two major parties. Overall, about 21 percent of adult Texans cast ballots.