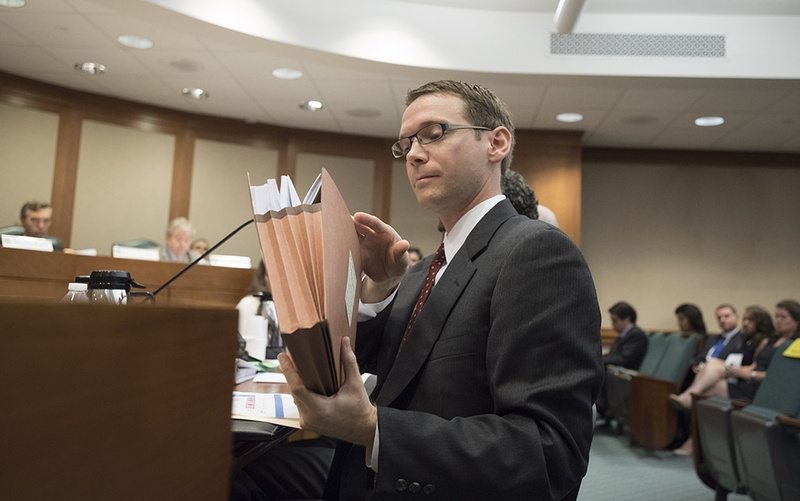 The state’s new system of grading public schools and districts from A to F is barely starting to kick in, and many educators are already intent on killing it.

Weeks before releasing preliminary letter grades for Texas schools and districts, state education Commissioner Mike Morath is managing expectations for what those As, and more importantly the Fs, actually mean.

Meanwhile, administrator and teachers groups are already mobilizing around asking the Legislature to get rid of the rating system and replace it with one that does not include letter grades or ratings based on state testing performance.

In the 2015 legislative session, lawmakers approved the controversial House Bill 2804, which will transition the state accountability system to one that gives A-through-F grades to schools and districts. This is replacing the current pass/fail system of rating schools as “met standard” or “needs improvement.”

The statute requires the Texas Education Agency to give schools a sneak peak at their report cards before the legislation goes into effect in 2018. Districts and schools will get a notice in early January letting them know what their grades would be in 2016-17, if the new rating system were in place.

In a roundtable with reporters Friday, Morath stressed that schools and districts will not receive one overall letter grade in January. They will get grades for each of four categories: student achievement, student progress, closing performance gaps and college or career readiness.

The overall letter grades will not come out until August 2018. TEA Friday released a report explaining the methodology behind the January grades, which will be available online at the end of the month.

Morath said the proposed models for calculating the grades for each of the four categories are not fixed and will likely change before next fall. He warned parents and districts against using the preliminary grades to predict their overall letter grades for the following year. He also clarified misconceptions he has heard in talking with superintendents and other school community members in the past several months.

Critics of the system have argued the new system will automatically require at least 5 percent of the lowest-performing schools in the state to be given Fs, no matter their absolute performance.

Morath said this is not true. “We’re committed to a model where it’s mathematically possible that 100 percent of districts could get an A,” he said. He said he hopes this system will remain static for the next five years so the data can be used to compare schools and districts over time.

But it’s likely that parents and legislators will just focus on the letter grades once they’re released. “Everyone wants to know where they’re going to fall,” said Courtney Boswell, executive director of Texas Aspires, an organization that has supported the new rating system. “Knowing how they will be graded is important to districts and schools.”

She said the conversation ultimately should shift toward improvement. “How do we put the necessary resources and plans in place to make those schools improve?” she said.

School boards across the state have approved resolutions opposing the new A-F rating system, with more than 40 districts listed on the Texas Association of School Administrators site.

College Station ISD board trustees unanimously approved a resolution calling on the Legislature to repeal the rating system this session. The resolution says the system “creates a false impression about students, ignoring the unique strengths of each school and unfairly reduces each student’s worth to the school’s assigned grade.”

College Station ISD Superintendent Clark Ealy said he puts more stock in the district’s three-year-old local accountability system, which includes ratings in 14 different categories, with less focus on STAAR scores and emphasis on offerings such as wellness and fine arts. The district will comply with the state accountability system but won’t focus on it, he said.

“If we get As and Bs, we won’t trumpet them. If we get Cs and Ds, we won’t beat ourselves up about it,” Ealy said.

Still, districts likely won’t be able to ignore the report cards altogether — since they will be publicly available on the education agency’s website.

Tiny North Texas Sunnyvale ISD also uses a local accountability system. It will be hard to explain the preliminary state grades to parents, who may see that their schools receive lower grades than expected in any given category, said Assistant Superintendent Christi Morgan. Some of the calculations are determined by “very high-level statistical figures not understood by the general public,” she said. “We want make sure our parents understand exactly what’s being reported and how to interpret the report. We’ll go back and educate our community on that … as we have in the past.”

Sunnyvale ISD Superintendent Doug Williams said the response will be similar to a parent responding “to a student progress report when a student brings home a failing progress report. We don’t want our community to feel that pressure.”

Not all superintendents are dreading the grades. San Antonio ISD Superintendent Pedro Martinez sent a message to the district community Thursday notifying them that the preliminary grades would be out after winter break. The board has incorporated the grades into the five-year plan, setting a goal of having 70 percent of schools rated A or B by 2020.

Legislation around this rating system is trickling in for the upcoming session. State Sen. Charles Perry filed Senate Bill 282, which would allow students in low-rated schools to transfer more easily to a school graded at least two letters higher. This worries education officials who want schools to be supported, not penalized, if they are not the highest performers.

“We hope this bill will move the bar forward by giving public school students more opportunity to transfer to higher-performing schools, which encourages competition in a system that serves the state well,” Perry said in a statement.

Disclosure: The Texas Association of School Administrators has been a financial supporter of The Texas Tribune. A complete list of Tribune donors and sponsors can be viewed here.