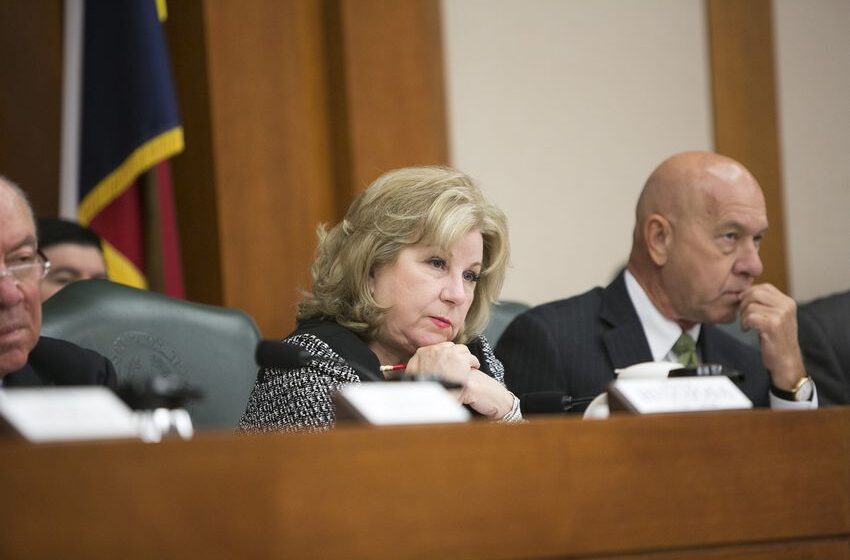 After a contentious three-hour public hearing Monday, the Senate Finance Committee unanimously passed a bill that would provide annual $5,000 pay raises for all full-time classroom teachers in the state.

One of Republican Lt. Gov. Dan Patrick’s top priorities this legislative session, Senate Bill 3 is now eligible to be taken up by the full Senate, with a bipartisan group of more than 20 co-authors signed on.

“It will provide an immediate financial boost for teachers, assist in retaining good teachers, and recruit the best and the brightest to this critical profession. I will be moving this bill to the floor and out of the Senate at the earliest possible date,” said Patrick in a statement Monday afternoon.

Testimony on the legislation, authored by the Senate’s lead budget writer, Jane Nelson, R-Flower Mound, at times revealed a fracture in the education advocacy community, with administrators and school district advocates wanting more flexibility on how to use additional money and teachers supporting directed pay increases. Many teachers expressed their appreciation for the legislation while asking for it to be expanded to include librarians, school counselors and support staff.

Nelson said she would look into expanding the bill but stressed that money is limited.

“This one bill is the bill we’re choosing to put out there first because it deals with who we think is the No. 1 factor, besides the parent, in our child’s education,” she said.

But lawmakers did approve some changes Monday that would provide pay raises to charter school teachers — in addition to those at traditional school districts — and prevent school districts from decreasing teacher salaries in future years. They also approved a change that would cover requisite increases in teacher pension costs due to the pay raises, bringing the cost of the bill from $3.7 billion up to about $3.9 billion.

Nelson also said multiple times that this bill would not preclude lawmakers from passing merit pay legislation, which would reward the state’s most effective educators with bonuses. Sen. Larry Taylor, R-Friendswood, chair of the Senate Education Committee, is expected to author a school finance bill that will include that policy proposal.

Marianne Eckley, a Lewisville Independent School District kindergarten teacher, said a pay raise could help cut back the number of jobs she has to work. She said she works three jobs during the week and one job during the summer, and she doesn’t have time to go on vacation with her family.

“My family gives up so much, and I would never give up the teaching profession, but it is very hard every year to commit, thinking I’m hurting my family and hurting my future,” she said.

Some advocates told the Senate Finance Committee that they would prefer lawmakers give districts more control over how they use any additional funding instead of requiring across-the-board raises.

Chandra Villanueva, policy analyst for left-leaning Center for Public Policy Priorities, pointed out that some districts could instead prioritize that funding to recruit educators in subjects for which there is a shortage of teachers.

A few times, Sen. John Whitmire, D-Houston, and Paul Bettencourt, R-Houston, pressured critics of the bill to change their stances.

Sitting in front of the panel of lawmakers, Christy Rome, who represents a coalition of property-wealthy school districts, said she appreciated the focus on teachers but would prefer more local control over how to use the money.

Both Whitmire and Bettencourt said they were “disappointed” by Rome’s stance.

“Y’all are not smart enough … to be for the bill,” Whitmire told her.

Al Rodriguez, an Elgin ISD administrator, received a similar response for his hesitance on across-the-board raises.

“I would urge you to try and find a way to be for it because this is probably going to be the best vehicle,” Whitmire told him.

“If at the end of the day, that’s all there is, obviously we’d be for it,” Rodriguez responded.

Disclosure: The Center for Public Policy Priorities has been a financial supporter of The Texas Tribune, a nonprofit, nonpartisan news organization that is funded in part by donations from members, foundations and corporate sponsors. Financial supporters play no role in the Tribune’s journalism. Find a complete list of them here.