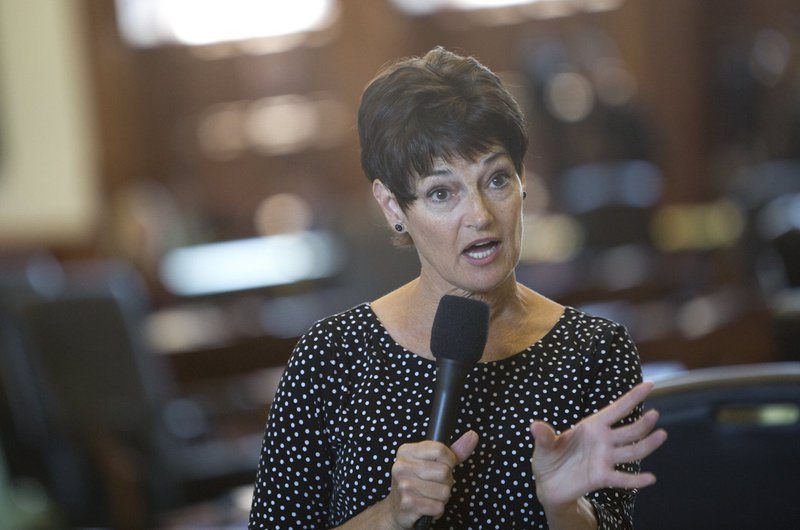 No filibuster was going to kill annexation reform in the Texas SenateÂ this time around.

Among several billsÂ that seek to curb the power of local regulations, theÂ Senate on Wednesday tentatively passed Senate Bill 6, which would allow residents of areas up for possible annexation by cities to hold a referendum on whether the annexation can go through. The bill passed on a vote of 19-12.Â If it gets final approval from the Senate, it will head to the House.Â (Update, July 26: The bill received final approval from the SenateÂ WednesdayÂ evening and will advance to the House.)

“Today’s vote is a victory for the property rights of all citizens and I applaud my colleagues in the Senate for giving Texans a voice in the annexation process,â€ť SB 6 authorÂ Donna Campbell, R-New Braunfels, said in a Wednesday release.

Under current law, a city can annex a territory within its extraterritorial jurisdictionÂ without the support of the people who would be annexed. BackersÂ of annexation reform say allowing people to vote on where they live is a fundamental American right. Detractors say allowing citizens to vote on annexation hurts a cityâ€™s ability to plan for expansion in a rapidly growing Texas.

The special session legislation is similar to a regular-sessionÂ bill thatÂ died on the Senate floorÂ in an 11th-hour filibuster by Democratic Sen.Â JosĂ© MenĂ©ndezÂ over concerns that the bill had no protections for land use around military bases.

As the Senate debated SB 6 Wednesday, it was clear neither MenĂ©ndez nor Campbell had forgotten the filibuster.

“The last time I yielded to you it did not go quite as I expected,” Campbell said before she gave the floor toÂ MenĂ©ndez to ask questions about the legislation.

Just before the vote, MenĂ©ndez all but threatened another filibuster.

â€śWe still have plenty of time in the special session,” he said. “Maybe weâ€™ll get down to the last few days, and weâ€™ll get to have a little longer conversation.â€ť

MenĂ©ndez’s home city ofÂ San Antonio, which in June officially branded itself Military City USA, is home to numerous military bases, and local officials say that without annexation or some similar tool, developers can build within a cityâ€™s extraterritorial jurisdiction in a way that might compromise a baseâ€™s mission. Itâ€™s hard to effectively train sharpshooters with residential apartments next door, they argue.

â€śAnnexation is the only tool that we have to protect those bases,â€ťÂ MenĂ©ndez said Wednesday.

But in a fiery floor speech, Campbell said she doesnâ€™t buy the military base argument. She argued that cities have other regulatory tools that allow them to manage development around military bases.

SB 6 made it through the floor vote with just one major change: an amendment by Sen.Â Charles Schwertner,Â R-Georgetown, which lowered the population requirement for a county to have its cities be subject to a citizen vote on annexation from 500,000 or more to 125,000 or more.

John Thomaides, the mayor of San Marcos, said the city was ableÂ to successfully lure Amazon to open a facility in the city after itÂ annexed the lot and built infrastructure there.

“This project created more than 3,000 permanent full-time jobs for ourÂ residents,” he said. “Without the power toÂ annex we would not have theÂ ability to compete for Amazon.com.”

At the State Affairs Committee hearing SundayÂ on SB 6, dozens of annexation reform backers lined up to weigh in on why they support the bill. One man compared municipal annexation to the Nazi invasion of France; another compared it to Iraqâ€™s 1990 invasion of Kuwait. One woman was visibly emotional as she spoke of how newÂ city taxes might stretch her familyâ€™s budget too thin.

â€śWe are not the evil empire,â€ť said Joe Zimmerman, the mayor of Sugar Land.

Later Wednesday, the Senate gave final approval to two other local control-related bills. Senate Bill 13 aims to accelerate local building permitting processes in place across the state. It would automatically approve building permits if a city did not approve the permit quickly enough and eliminate a workers’ protection program in Austin. Before it passed, lawmakers made some technical changes to the language of bill on the floor.

The Senate also passed Senate Bill 14, which bars cities and towns from regulating tree removal on private property. State Sen.Â Bob Hall, R-Edgewood, accepted an amendment to limit the scope of the bill to only exempt small, residential properties from local tree ordinances. He also exempted local regulations on weed and grass length from the bill. More than 50 cities and towns in Texas have local tree ordinances, requiring property owners to either pay fees or replant trees if they cut trees down on their property.

Emma Platoff and Andy Duehren contributed to this story.