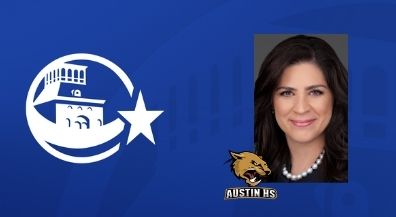 Newly appointed Texas Supreme Court Justice and Austin High alumna Rebeca Huddle made good on her promise to keep in touch with the students at her alma mater and on Friday spoke to law enforcement students via Zoom to offer advice and inspiration to “do hard things.”

Texas Gov. Greg Abbott announced Huddle’s appointment to the highest court in the state at a news conference in October at Austin High. She will be finishing the term of retiring Justice Paul Green, which ends in 2020. Huddle zoomed into Miguel Vega’s class, spending more than an hour entertaining questions and talking about her humble beginnings and the challenges she overcame to get where she is today.

“I was so excited to hear about the public service academy,” she said. “I think that’s the first step in the right direction to finding out ‘is this a good fit for me? Do I like it?’” she told them.

The 1991 grad grew up on Porter and Byron streets with four other siblings to parents from Juarez. Her dad died when she was only 5. Her mom worked in a factory, but left Juarez with only a fifth-grade education having to drop out to work in the family barber business.

“She worked her tail off so that we could have a better life, so that we could finish school and do something better than the job she had which was a minimum wage job at a factory,” Huddle said, describing her mom as a role model and blessing growing up. “She dedicated her life to opening paths for us.”

After graduating from Austin, she received a scholarship to attend Stanford University and later received her JD from the University of Texas at Austin. But before moving into law, the newly appointed justice taught Spanish for a year in California – even considering a career as a principal.

“I was not one of these people who from the time they were little knew what they want to be,” she said. “Some people just have that knowledge in their hearts or in their gut from early on and some people don’t.  It’s ok to be in either one of those categories.”

Explaining that sometimes it’s “hard to be what you can’t see,” she offered some advice:

“I encourage young people look around and try to learn other things out there in the world you may not already know about. The world and economy are changing as technology is advancing. It’s important to be looking around and thinking ‘what would I be good at, what would be a good fit.’”

She told the students to ask questions, seek out people in careers that they are interested in, do a day in the life of the career and intern – get out of their comfort zone to find that good fit.

“I think the most important thing is to ask people for help,” she said. “Say ‘I’m interested in this.’ Once people hear that you’re interested in something, they’ll ask ‘how can I help you.’”

Huddle, who left a successful law career as a partner with Baker Botts LLP in Houston to join the Texas high court, is a former justice on the First District Court of Appeals in Texas. She was appointed by then Gov. Rick Perry in 2011 and was reelected in 2012. She shared with students her three goals for her work on the court.

“One (goal) is to contribute to the development of law, to work hard to make sure we’re shaping law in the way it should be,” she said. “It needs to be right and needs to be simple for people to understand.”

Secondly, she sees her role on the court as an opportunity to give back for those who contributed to scholarships that allowed her to attend prestigious universities that would otherwise be unattainable. “It is the right thing to do. I can pay back all the blessings and benefits I have by giving back.”

Lastly, Huddle, whose appointment marks the first time the nine-member court had four women and two Latina women, wants her role on the court to give young girls and other student with similar backgrounds hope that they too can do it.

If Huddle decide to run for the court once her appointed term ends, she will run on the Republican ticket. She fielded questions from students about her role as a justice and the role of her political affiliation.

“My campaign is one thing but my work on the bench in deciding cases is not a political exercise,” Huddle said. “What I’m bound to do. What I took oath to swear to do is to decide cases based on our constitution, our statutes and our case law. My duty is to the law and not to decide a case because it’s what my own politics or my own preference would be.”

“Justice Huddle is a great example to the youth that are impassioned to pursue the same career path. She is an example that your background doesn’t determine who you are and what you’re capable of accomplishing in life. We were honored and grateful to have her share her gift of knowledge and advice to us, New Tech Panthers . We are forever inspired by her words.” 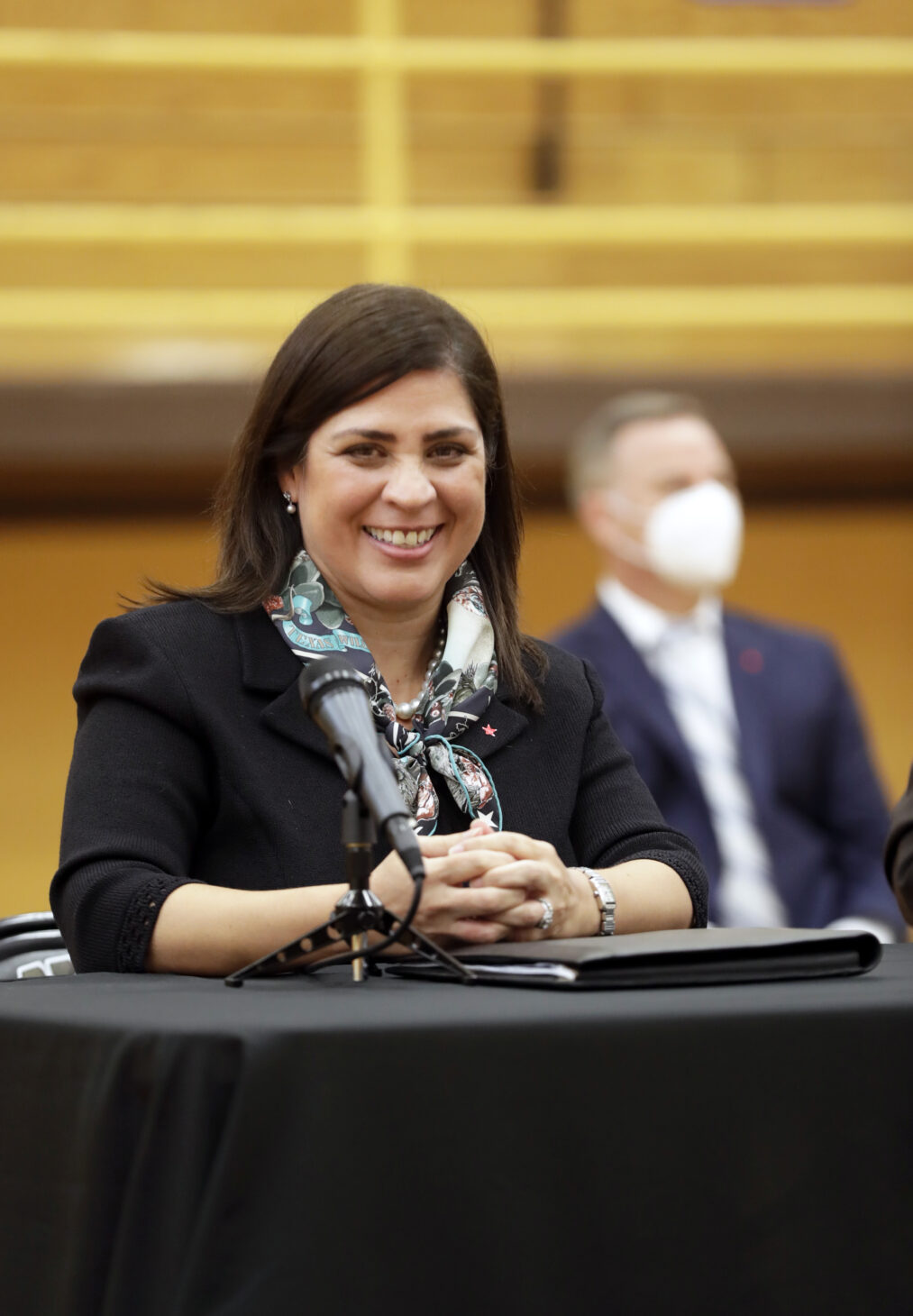