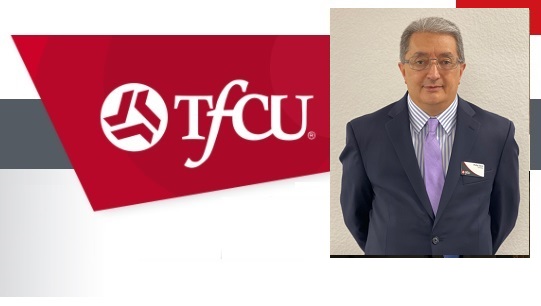 Phillip Davis “I look forward to being a part of the growth of TFCU and El Paso. TFCU has such a wonderful reputation. We are known throughout the community as being friendly, progressive, and providing great member service…”

On Wednesday, officials with TFCU announced the addition of Phillip Davis to the TFCU Team.

Davis will be responsible for overseeing accounting functions for the institution as the credit union’s Controller.

“Having been born and raised in El Paso, I am excited to join an institution that has been around almost as long as my family has been here. I am a strong believer in local ownership and control, especially of financial institutions, and I am excited to be a part of this wonderful local credit union,” stated Mr. Davis.

“I look forward to being a part of the growth of TFCU and El Paso. TFCU has such a wonderful reputation. We are known throughout the community as being friendly, progressive, and providing great member service,” he added.

One of the proudest moments in Davis’s career was as Controller of DeVos Motors on September 11, 2001. On that day, the FAA shut down all airports in America. DeVos Motors, a car rental company, had to figure out a way to continue rental operations without their airport counter.

Davis helped create a tracking program to coordinate fleet movement and recover all of their vehicles saving them thousands of dollars in transportation costs. While other agencies struggled in the aftermath of 9/11, they were able to continue servicing their customers while also increasing their market share during that tumultuous time.

Davis recently held a Controller position at Brokers Logistics where he oversaw corporate accounting and finance for eleven separate entities.

Prior to that role, he worked at Mountain Franklin Foods, LLC as a Treasurer where he oversaw corporate Treasury functions for entities in the U.S. and Mexico. He earned his CPA Certification from The University of Texas at El Paso and his B.B.A in Finance from Texas Tech University.