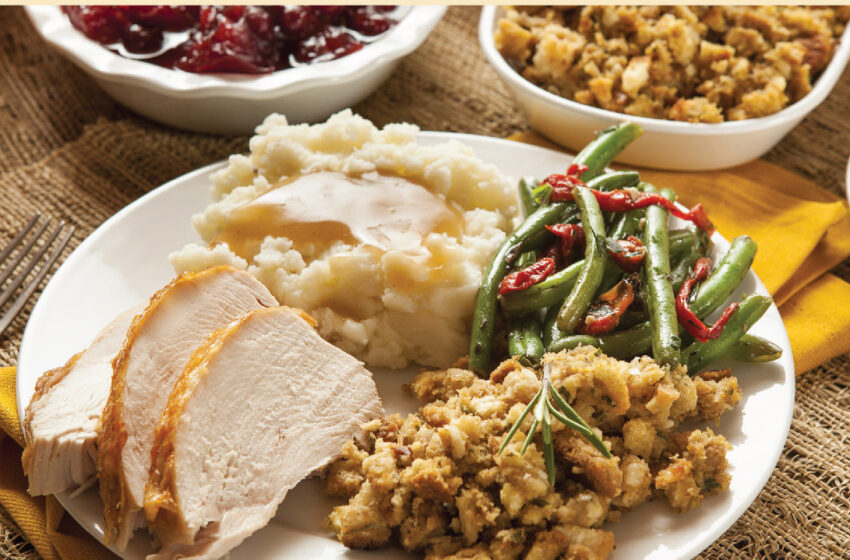 WACO, Texas – Consumers have good news to chew on this Thanksgiving as food prices continue to drop. A traditional, Texas-style Thanksgiving dinner for 10 will cost $46.48 this year, down 31 cents from last year, according to the special Texas Farm Bureau (TFB) Thanksgiving Meal Report.

It’s the second consecutive year for lower prices during the holiday season.

Despite reports suggesting a decrease in turkey supplies due to avian influenza earlier this year, Texas shoppers shouldn’t feel the pinch at the cash register. Survey shoppers found the price of a 16-pound, frozen, self-basting, young tom turkey to be just under last year’s price.

The one-cent per-pound decrease can be attributed to lower fuel and grain prices.

A large, global supply of wheat is a driving factor in low prices for wheat-derived products. And dairy prices have decreased as production has increased.

“It’s been a mixed year for Texas agriculture. Grain and livestock prices have remained steady or decreased throughout the year, but many input costs farmers and ranchers have to pay have not lessened. Some crop prices are very low right now,” Boening said.

Texans will pay more for one Thanksgiving staple this year—pecans, as shelled and halved nuts were up 11.07 percent. Increased exports for the popular Texas nut are the reason for price increases.

TFB’s fourth quarter Grocery Price Watch survey, taken in conjunction with the 2015 Thanksgiving Meal Report, also indicated a slight decrease for household staples. Results from the quarterly survey of 16 common food products decreased seven cents from $47.49 in the third quarter to $47.42 in the fourth quarter of this year.