Usually, when we rent a sportscar, it’s only for a weekend jaunt. But with an upcoming rally (and still no Porsche in the garage), we had to rent one for just a little bit longer.

Eleven days to be exact.

Ok so that isn’t just a little longer, it is a LOT longer than a weekend, but it gave us a chance to rent and really review a 2015 Mustang. Yes you read that right — I reserved a 2015 Mustang (which, if you’ve read my previous article about how badly I wanted to rent a 2015 Mustang, then you understand how excited I was).

Since our main event started in Dallas this year, we rented from an Avis/Budget location there. With this particular location’s incredibly low ratings, I wasn’t excited to deal with the staff, but they had the best rate at $388 for all 11 days. Yes you read that right, $388.20 to be exact for nearly two weeks in a brand new Mustang.

One of our staff guys, Sal, drops me off at the rental location which is an extremely packed parking lot nearby downtown Dallas. Upon entry, I do not see any Mustangs anywhere — much less any sportscars — and begin to have a slight panic attack, because I was not about to spend the next week driving a rally in a minivan, or whatever they decide to give us.

Going into the decrepit building, a loud whirring noise and a tornado of wind is blowing throughout the entire cramped office. Rocks and staples hold down all of the paperwork stacked on the chipped and aging counter.

The air was fresher and cooler outside (in August), despite a mobile a/c unit sitting next to a broken window, with the exhaust hose sticking out of it, blasting less-warm air throughout the interior.

I’m beginning to understand why the staff would become difficult after spending a few days in here. I was irritated just walking in — can you imagine working here every day?? My attitude changes, and instead I become nicer than usual, since it is probably a rare thing for these employees to see, while working in such irritable conditions.

When it was my turn, I opened with how cheap the owner probably is, to have them working in such a crappy, broken down building. After a few cheap shots at the work environment (which the staff resoundingly agreed with), I mentioned that I didn’t see the Mustang in the lot. The girl at the counter mentioned that they had to retrieve one from the airport.

Moments later I see a bright yellow Camaro drive up to the door, one of the employees jumped out and came inside yelling “it’s going to be a Camaro instead of a Mustang!” I begin to protest, mostly due to the loud color (I’m about to go on a rally, in which I want the least amount of attention from road tax collectors), when he unknowingly interrupts me by glaring right at me with a smile saying, “it’s an SS.” I almost saw a twinkle in his eye. I shrugged my shoulders and said “That’ll work!”

Suddenly I didn’t care about the color because it has a better suspension than the crappy Challenger we rented before, and…426 HORSEPOWER!!! I completely forget about the Mustang and gladly sign all the required paperwork, grab the keys and start walking outside when the counter worker tells me that she will do the walk-around with me.

How blasphemous — so many bad reviews yet I am having a good experience. She marked down everything she saw, and even things that I asked her to, just to make sure we do not get charged for any damages to the vehicle, upon its return. I also made damn sure that the tires didn’t recently see a burnout competition, which they appeared new (this is important to check on rental sportscars). Satisfied, she hands me a copy and I jump in the car.

This is where it starts to go wrong. It was undoubtedly comfortable despite the lack of lumbar support. We’ll see how important that is within the next few days of driving across the country.

Larger bolsters made me feel snug in the seat, as I wiggle back and forth, pretending that I’m going through hard corners on a track.

I adjust the steering wheel, seat and mirrors, look outside to begin navigating out of the incredibly packed lot and realize that I can’t see much of anything to my sides, rear, or rear quarters.

The car is so much larger than what I expected it to feel like, that I almost wanted to put flags on the front corners of it, just so I know my clearances.

In short, the visibility is just a tad better than that of a Lamborghini Gallardo — almost completely awful. Figuring I would just have to get used to it, I adjusted a little more and followed Sal out of the lot and back to his house for sticker application.

Cruising through a small section of downtown was challenging due to the hindering blind spots on this massive beast of a car. It had plenty of power despite a slight lag in the throttle that undoubtedly would just take some time to adjust to.

After navigating 28 miles of city streets, freeways & neighborhoods, we finally make it back to Sal’s house in Lewisville. I’m excited, despite the color of the car, to show Lea what we ended up with. She thought it was pretty cool (for a rental) and asked “is it automatic?” In which I explained that it is, but there are paddle shifters that remain to be tested, regarding their performance on the road.

Sal and I endure an incredibly hot an humid afternoon, applying the stickers as quickly as possible. It felt like my skin was beginning to melt off, but we managed to get it done without becoming heatstroke victims, and haul all the gear down to the driver’s meeting — mostly in the rented Altima, because the trunk space in a Porsche 911 is vastly larger than that of this particular Camaro.

For a car of its size, we’d expected to fit our luggage in it easier than that of what we were used to (a 911) — which usually consisted of a bag or two in the boot, and one in the back seat. In the Camaro, we had to teach yoga to the luggage to fit it in, as the odd angles and tight trunk space made it comparable to mouth complete with teeth.

The space inside the trunk was slightly larger than the opening to get stuff in, so we had to almost number the pieces so that we knew how to fit them back in like a 3D game of tetris. It was more entertaining watching valets try to figure it out, which none of them were able to, without supervision.

Now that this car has self-explained that it has ridiculous practicality, let’s get on with the driving…

A Camaro aficionado that was in our event explained to me that the car was equipped with a special suspension package, and we should be able to have a good time with it on the event, especially when we get into the winding back roads.

A few other car nuts that were nearby chimed in their opinions on what the car was equipped with to which my reply was simply “well it ain’t no Porsche.” Evidently this particular Camaro was equipped with a 6.2-liter V8 putting out 426hp. Impressive numbers, but necessary to get this behemoth down the road and still be considered a sportscar.

The car feels much tighter than many domestic sportscars in stock form. This was a huge plus as we started down the highway on our adventure. Some of the challenges we faced before starting down the road included placement of our V1 and GPS unit.

Usually this isn’t a big deal, but the visibility was so poor that it took a few tries to get the right spot that we ended up leaving the windshield items mounted and just had to get used to it. Having left later than the rest of our brethren, it was time to play a little catch-up by taking a few shortcuts through some winding areas.

The car felt great, fun to drive despite the workout of tossing it into the corners. It did feel a little sluggish coming out of corners but perhaps I just need to be a little more aggressive with it. As my comfort level and confidence in the car began to increase, the performance of the vehicle itself became more apparent that you indeed have to work for it.

We finally started catching up to the pack and cruised the remaining of the day as a viable competitor among several other performance cars and equally talented drivers. A short stop for lunch helped us catch up, and we left quickly for a chance to run with a slightly more spirited driving group for the remainder of the day.

It was at this point in time that I began to push the car to it’s extreme limits. Especially when you get comments like “man, you were getting that thing leaning hard in the corners” on a track suspension’d Camaro, and the sounds of screaming tires starts to fill the air.

This wasn’t a drift event, and I was getting a workout trying to keep up with a group consisting of a Maserati, Ferrari 458, Porsche Turbo, Porsche 911 and a Nissan GT-R. It wasn’t until 60 minutes passed that I began to really feel wore out and surely the tires, suspension, transmission and brakes were heating up on the Camaro pretty darn good.

All driving modes available were used, alternating between manual and braking so as to not overheat each system during the spirited section of the rally course. My opinion is that in order to not overheat the brakes or transmission, I alternated between braking or downshifting to assist deceleration in corners. The paddle shifters, while in good thought, were decent.

There was far too much time between gears under hard driving, and the car actually gained speed between downshifts, due to the time it took in between. It did feel a little squirrel-y in the corners that we hit hard and fast, but more finesse and grace helped sooth the transitions, braking, downshifting and successful exit and acceleration out of each corner.

Each day my confidence went up and we were able to get the car to a more satisfactory rally-driving condition. At the peak of my ability with the car, it was nowhere near able to maintain the cornering speed of the previously mentioned vehicles that we were driving with, as we waved them by to give way for the lead, then watched them disappear in a few short corners.

It became very apparent and obvious to me, as to why people buy these cars and quickly begin to modify them.

They seem more like a basic kit when you first buy them, then you have upgrade and modify the holy-hell out of them, to get any kind of decent performance figures — in comparison to higher-end sportcars. And I totally get it.

But when you buy an SS Camaro for $35,000 and have to spend an additional $25,000 to upgrade the motor, widen the rear end to fit wider tires, and add a supercharger, exhaust, tune, etc. etc. etc. what’s the point of it all?

Bottom line — great car to rent for weekend fun. Solve the visibility issues and rent the convertible version, just pray for good weather wherever you are going to. Solid, sturdy, rugged and durable vehicle.

Not the fastest, but fast enough to get you into trouble. Just don’t expect to keep up with your exotic car friends. 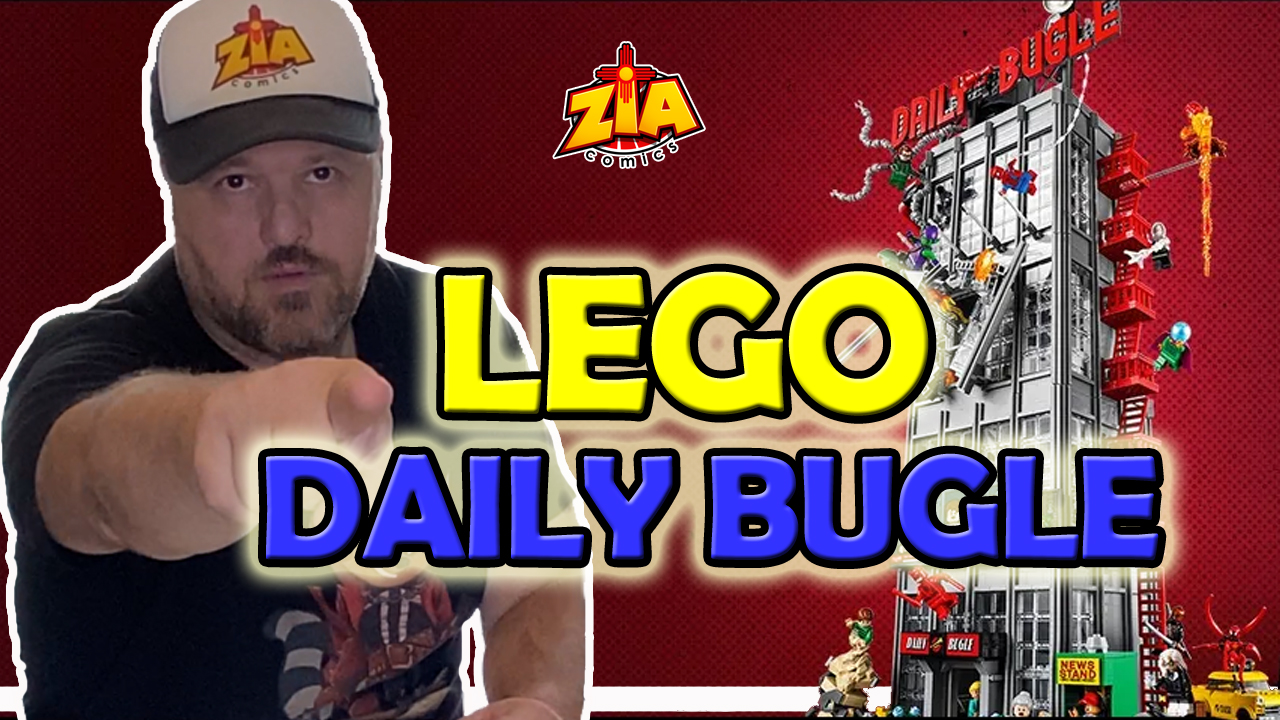