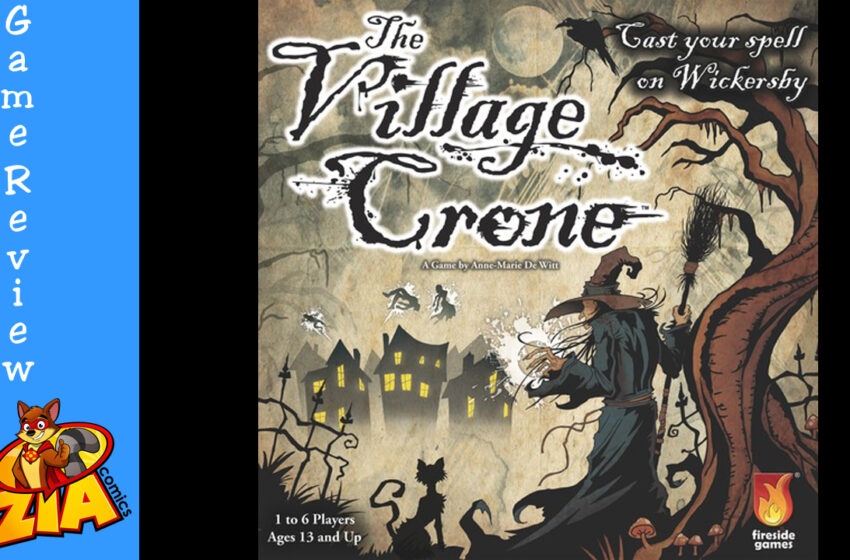 Howdy Y’all, it’s time for another board Game Blog! Today we are going to have a look at “The Village Crone” by Anne-Marie De Witt and Fireside Games.

This is a worker placement/resource management game for 1-6 players. Your goal is to be the first player to get 13 points from Witch’s Scheme Cards. The cards have a variety of requirements to meet their goals and range from 1 to 3 points, with their difficulty increasing dependent upon their point value.

Each player takes one of six witches with their specific familiars, trying to cast spells on the village of “Wickersby” and it’s hapless villagers.

As stated earlier, you are trying to cast spells in order to become Wickersby’s “Village Crone”. You do so by moving villagers around to various locations, sending your familiars to said locations to collect resources (silver, fire, soil, flour, and the eye of newt), and then using those resources to cast your spells.  Spells like binding locations, making villagers fall in love, and turning them into frogs. All in the attempt to meet the requirements on your witch’s scheme cards.

What makes this game stand out from the rest is that it has a modular board and great artwork by Alex Fernandez. Just one look at beautiful art on the players witch reference stands and you will be hooked! Plus, with the added bonus of the six modular board tiles, there are a huge number of layout combinations that can change the board configuration every time you play!

And finally, as mentioned at the beginning, this game can even be played with only one player. So whether you are having friends over to play or just looking for a solo challenge, “The Village Crone” has everything you need!

The game retails at only $49.99, and for a limited time, if you have a 3D printer, or know a place that does 3D printing, you can download a file from Fireside Games website to make all the components in the game! 3D Printer Files

Until next time, keep playing games, or I’ll get you my pretty, and your little dog too!

VLog: TNTM – How to play Stringamajig... 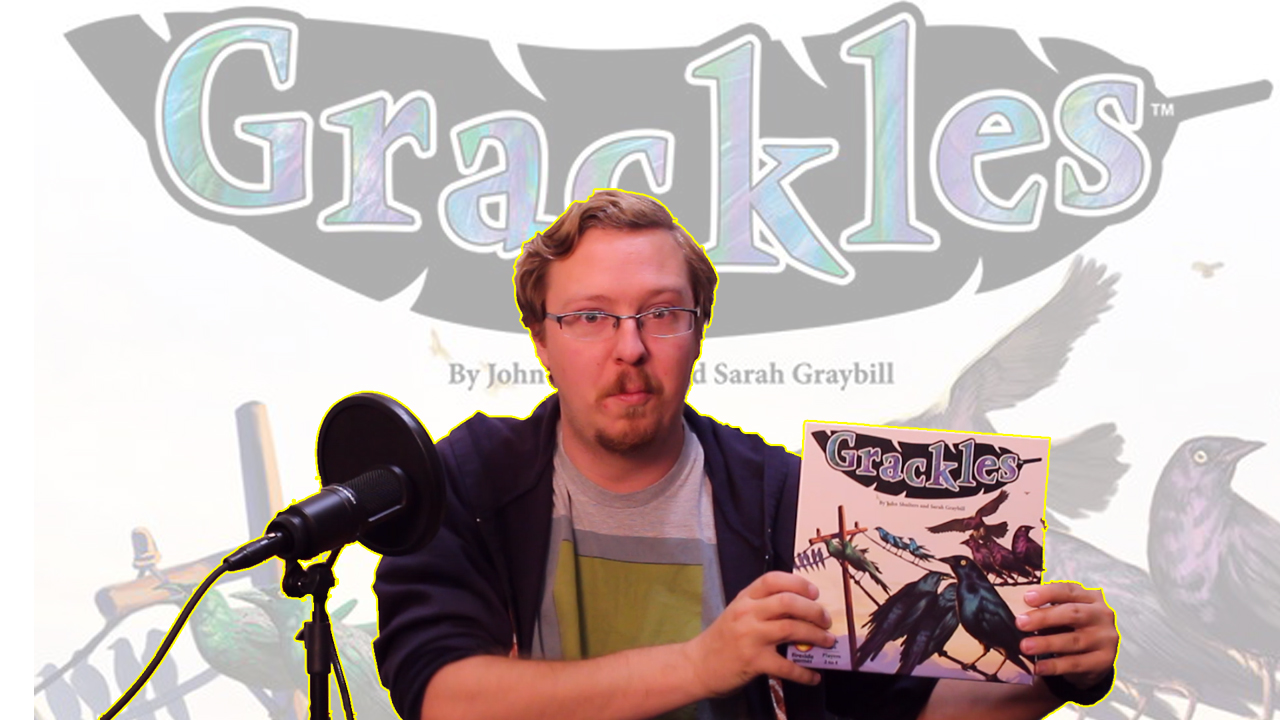 Video: How to Play Grackles by Fireside...