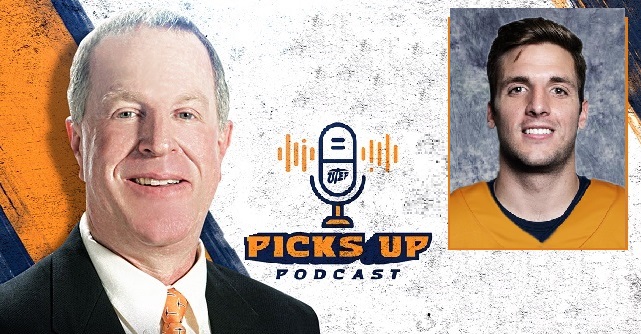 The spotlight is on UTEP senior linebacker Stephen Forester as the “Picks Up Podcast,” hosted by the “Voice of the Miners” Jon Teicher, returns this week.

Forester discusses a UTEP career that began in 2015, and the rise of the Miner defense in 2020.

In 2019, he was inserted into the starting lineup late in the season and made the most of his opportunity, with 19 of his 24 tackles coming over the final three outings. Forester ended the campaign with 24 stops, 3.5 tackles for losses, a sack and quarterback hurry.

That same season, Forester posted a season-high 11 stops (10 solo) in his first career starting assignment at UAB.  Also had two tackles for losses, a sack and a quarterback hurry against the Blazers and added seven tackles at NM State.

Airing weekly, the “Picks Up Podcast” takes an inside look at UTEP Athletics, with special guests including Miner coaches, staff, student-athletes and alumni offering perspectives and analysis not available anywhere else.