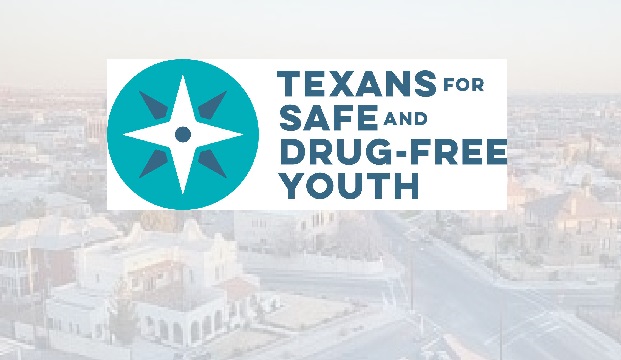 The YLC is an initiative focused on youth substance use prevention. Their selection follows a review process of applicants from throughout the state. Council Members were selected in large part due to their commitment to driving positive influences for themselves, their peers, and their entire communities.

Alay’Jah Jackson is a junior at Chapin High School and serves as president of the El Paso chapter of Top Teens of America. She is also in the Shades of Blue Choir and Youth for Christ. Alay’Jah joined the YLC so she can see the positive impact made on her community by helping others and preventing underage alcohol and drug use.

Ivanna Neyra, a junior at Young Women’s Leadership Academy, is involved in basketball, Student Council, Medical Club, and the Center Against Sexual and Family Violence. Ivanna decided to join the YLC because she knows her efforts with the organization will have an impact on preventing underage drinking and other substance use among her peers. She has seen the firsthand impact of underage drinking among her friends and family and wants to work to create a safer and healthy community.

A senior at Chapin High School, Katelynn Rodriguez is a second-year Captain for the Legends Dance Company. She believes that her work with the YLC is important because underage alcohol and other drug prevention doesn’t just affect the person who might use a substance, but the entire health and safety of the community, including their friends, family, and other loved ones. She hopes that through her work with the YLC in underage drinking prevention, she can make a positive difference in someone’s life.

The YLC is composed of youth leaders aged 15-20 from across Texas who are committed to shaping healthier and safer communities free of youth alcohol, tobacco, and other drug use. Youth Leadership Council members receive extensive training and new opportunities to develop their skills as prevention advocates and community leaders.

“We are excited about the hard work and commitment we’re seeing from this group of youth leaders,” said Alicia Rosas, Youth Engagement Specialist for Texans for Safe and Drug-Free Youth. “If we are going to make lasting impact and reduce underage drinking and other drug use, we need to engage young leaders like our YLC members, who are passionate about advocacy and activism in their own communities.”

In Texas, the average age at which youth report drinking their first alcoholic beverage is age 13. In fact, according to the 2018 Texas School Survey, more than half (52 percent) of Texas middle and high school students have used alcohol at least once in their lifetime.