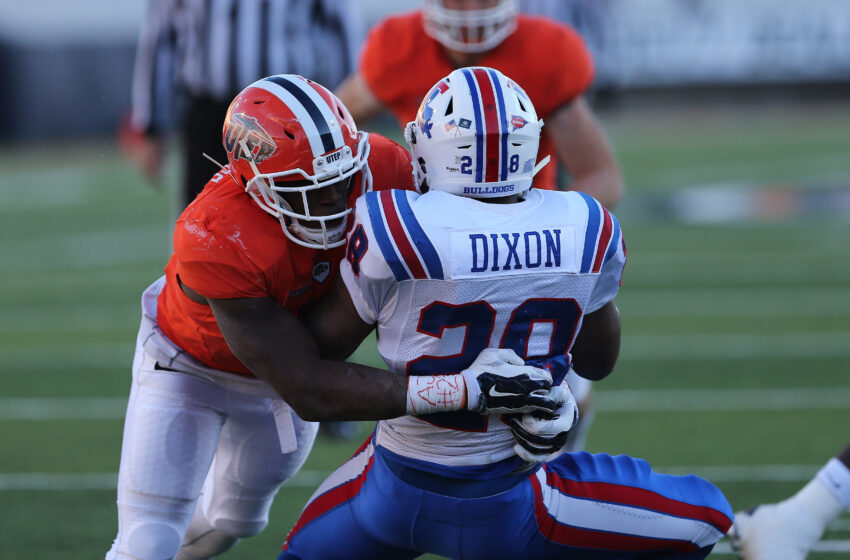 Leading the way for the Miners defense this season is El Paso native Jones. The sophomore guided the team in tackles (93), solo stops (48), sacks (6.5), tackles for loss (14.5) and two safeties. The linebacker is tied for first in the league in tackles for loss and rates sixth in sacks.

The El Paso native recorded a three-sack performance against UTSA tying second most in a single game in C-USA. Jones tallied a career-high 5.0 tackles for loss at NMSU which is the second-most during a single contest in C-USA.

On offense, Hernandez paved the way for the offensive unit that only allowed 12 sacks in 12 games. The line concluded the season ranked first in the league and is seventh nationally in fewest sacks allowed. The unit didn’t surrender any sacks in four contests versus LA Tech, Southern Miss, Rice, and Incarnate Word.

On special teams, Mattox was 15-for-19 on field goal conversions and rates third in the league in field goal percentage (78.9). The kicker led the Miners in points with 68 and was 23-24 in extra attempts. The junior also averaged 63.9 on kickoffs with 31 touchbacks this season. Mattox hit a career-long 50-yard field goal against UIW which tied for the third longest in C-USA.

He ranks third in program history with 203 kicking points and second in PATs with 98.

All three Miners will return next season.