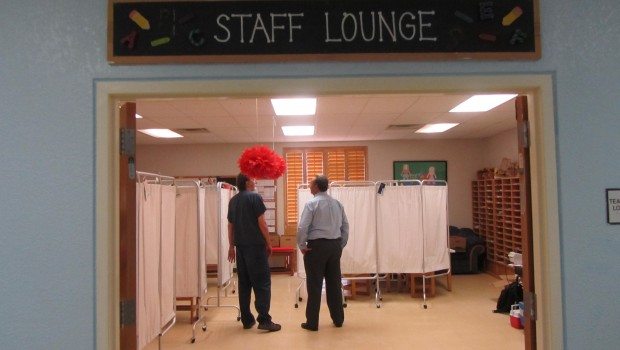 On Thursday morning, the City of El Paso’s Department of Public Health announced that they have identified three more people who have tested positive for Tuberculosis at Frank Macias Elementary in Horizon City.

“We want to make sure that parents, students, and staff realize that returning to school next week is safe, and that the Department of Public Health encourages everyone involved to get back to the important process of learning,” said Robert Resendes, Public Health Director.

The new positive test bring the total of those with TB to five at the elementary school.

According to officials, the re-testing took place last week and  “is a standard procedure and is conducted eight to ten weeks after the last possible exposure to an active case of TB.”  Department officials added that, “it is not unusual to find new positives during re-testing because enough time has passed for the bacteria to incubate and for the body to produce the necessary reaction to create a positive test result.”

Further testing for those who are negative a second time will not be necessary based on this investigation.

Results from those tests are not expected until late next week.