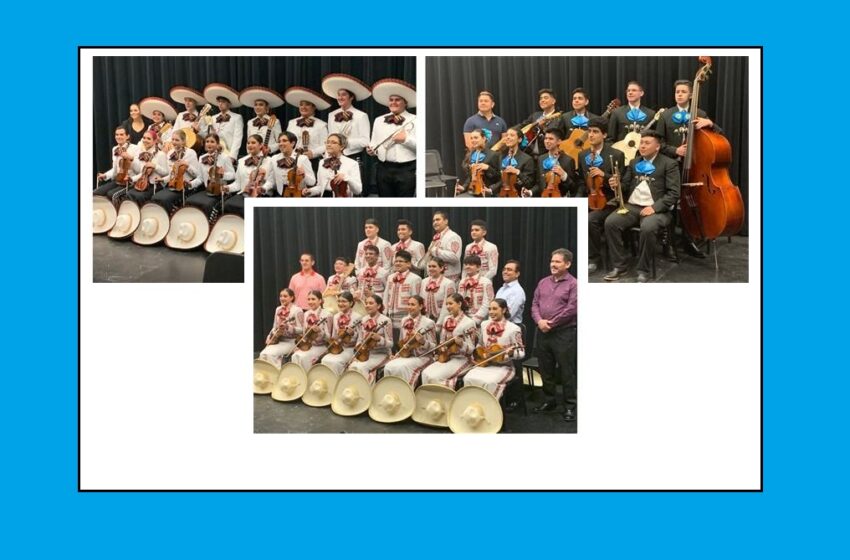 Thanks to their musical talent and showmanship during the regional competition in May, the Socorro, El Dorado, and Pebble Hills High mariachi programs earned Division 1 ratings and qualified them to compete at the UIL State Mariachi Festival June 18 in Seguin, Texas.

“We are extremely proud of all of our mariachi programs in SISD,” said SISD Fine Arts director Armando Martinez. “During these unprecedented times, having three mariachi programs qualify for state is just a reflection of the amazing teachers and students we have in SISD, and we could not be any prouder.”

In addition, eight violinists in the group won an Outstanding Individual Musicianship Medal, an award that recognizes their exceptional command of their instrument and the music they performed.

Los Gavilanes overall performance received rave reviews from the judges and a standing ovation from the crowd.

“All three state qualifiers had wonderful performances at the state UIL competition, and we are proud and thrilled about the resilience they have shown and their dedication to their craft,” Martinez said.

For our complete coverage of all things Socorro ISD, click here.