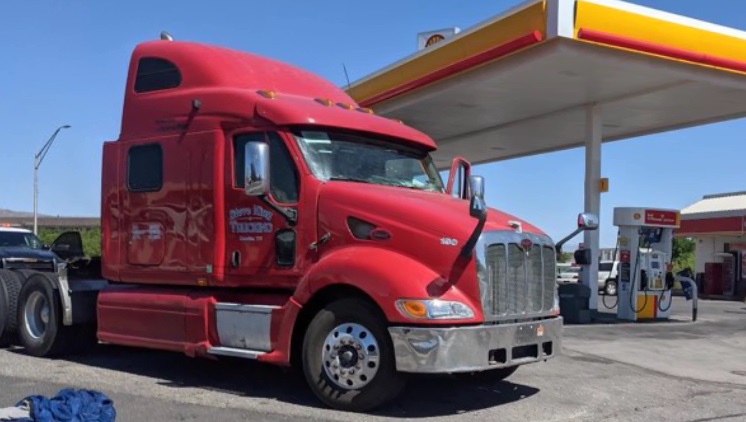 TRUTH OR CONSEQUENCES, N.M.– U.S. Border Patrol agents received information regarding a possible smuggling scheme that led to 17 illegal migrants being rescued from a semi-tractor’s cab.

“Due to a tip from a concerned citizen, we were able to stop a human smuggler. This successful apprehension was made possible with the
cooperation of our HSI and NMSP law enforcement partners assisting in the operation.”

According to officials, Border Patrol Agents assigned to the Truth or Consequences (TCN) Border Patrol station received information regarding a potential migrant smuggling attempt on May 20.

During the vehicle stop, agents discovered 17 migrants hidden inside the cabin sleeping area, after hearing the sound of ‘shuffling feet.’

All 17 migrants, along with the driver were transported to the Las Cruces Border Patrol Station for processing.

The U.S. citizen driver of the tractor trailer was taken into U.S. Border Patrol custody and is pending criminal prosecution.