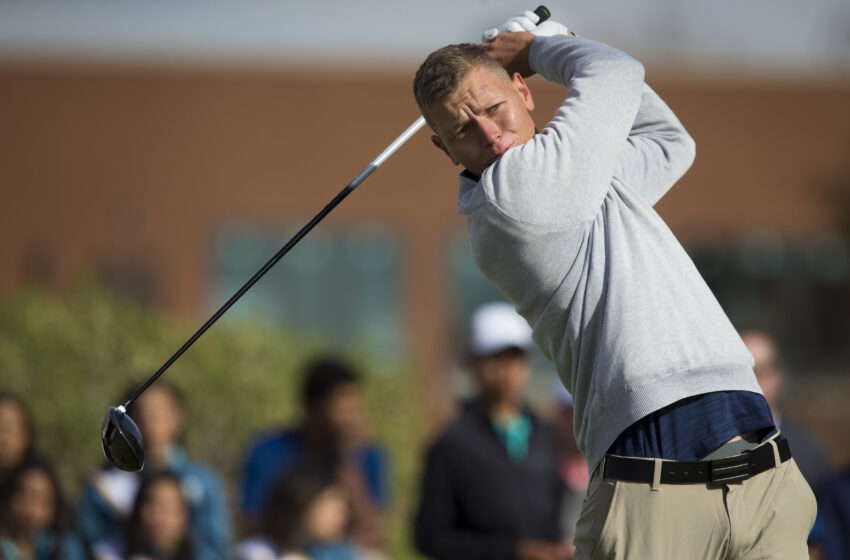 “It is always good to win a competition like this to build some confidence before a tournament,” Schmid said. “[We] played in our last tournament almost two weeks ago so I am looking forward to competing against these guys.”

Oklahoma junior Quade Cummins won the PING Putting Contest with a low round of 20 putts on a course that featured many obstacles, such as putting from a saddle.

The Weatherford, Ok. native finished two strokes ahead of Joshua Martin, a senior with North Carolina.  Three competitors finished in a

tie for third with 23 strokes.

“The putting contest was fun. I just tried to keep the ball in play,” said Cummins. “I am from a country town, so I’ve been on a saddle before.”

The Sun Bowl Marathon All-America Golf Classic continues at the El Paso Country Club with two rounds of golf set for Monday, Nov. 19 starting at 8 a.m. (MT). The final round is set for 8 a.m. on Tuesday, Nov. 20.

Some of golf’s biggest names have traveled to El Paso to participate in the tournament including Tiger Woods, Dustin Johnson, Jordan Spieth and Phil Mickelson.

Alumni of the All-America Golf Classic have combined to win 52 golf majors and have earned over $2.12 billion in career earnings.

To be eligible for competition, student-athletes must have been named an All-American during the previous year. The U.S. Amateur Champion or Runner Up also qualifies if they still have collegiate eligibility.