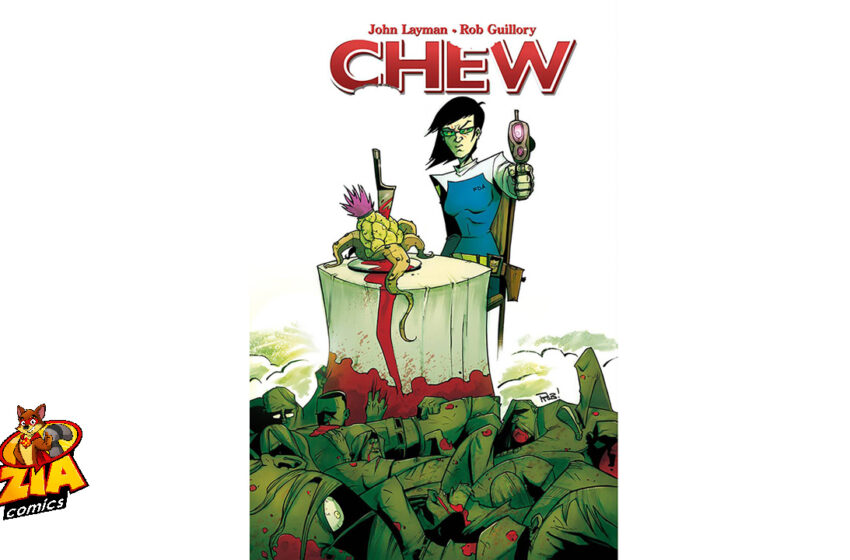 Chew has been a very well written comic from it’s inception.  There was even talk for a while about making it into a TV series.  Personally, I would love to see a show where the crime gets solved by the detective getting visions from what he eats.

The comic book series will be coming to an end with issue #60.  Hopefully everything gets tied up and completed so there are no lingering questions.   It is written by John Layman with art by Rob Guillory and published by Image Comics. The series has won two Eisner Awards and two Harvey Awards.

“Hard to believe we’ve come to the end of things, but here we are, five issues of CHEW left, and we’re now plunging headlong into our last and most consequential storyline.” said Layman. “Every issue is a goodbye and there’s a great many characters who won’t make it to the end. We’re grateful for everybody who has been along with Tony Chu and friends on his 60+ issue journey. We’re doing our damnedest to send him and the rest of his cast off in a very consistently-CHEW fashion.

Chew is set in a world where all chicken and other bird meats are illegal after a catastrophic outbreak of the bird flu that killed 23 million Americans.  Chew centers on Tony Chu, a police detective who is a Cibopath (pronounced “see-bo-path”), which means he gets psychic impressions from whatever he eats.  Tony uses this ability to solve many crimes.  Tony is not the only cibopath.  He meets a few others with this ability on his journey.

Mention the name John Layman, and you’ll be hit with a barrage of titles associated with the writer’s name. Everything from Detective Comics to Mars Attacks to Marvel Zombies Vs. The Army of Darkness is under his belt. So you can’t help but recognize his name if you regularly visit the comic shop. But if you are a frequent patron at the comic counter every Wednesday, you undoubtedly know his name for another book that was regularly published by Image Comics. That book was Chew. John Layman’s Chew with artist Rob Guillory has been at the center of the writer’s career since 2009. But all things come to pass, and in this brief interview we conducted with the writer at this year’s Baltimore Comic Con, he offered a few thoughts for his series, and how he’s cleaning his palate now that the main course is over, and coffee’s coming out with the ice cream.

PREVIEWSworld: Say it’s not true, John! Chew is actually going to bite the big one? You’ve finished dessert, and you’re about to pick up the check?

John Layman: Yep. Twelve trades and it’ll be over. November 23 is the last day. What is now a long-running series ends at Chew #60. Whew.

PREVIEWSworld: Extending the food metaphors, it’s safe to say that Chew wasn’t exactly something that you picked up at the drive-thru window. The book’s been around for years. You’ve been taking your time going through that buffet line, haven’t you?

John Layman: Yeah, these days with all the reboots, 60 is a high number! So I’m pretty proud of that. We’re going to have 12 trades, 6 hardcovers, 60 issues, and we’re done. Which is weird and scary. Chew was kind of my life’s ambition for the longest time, and to achieve it, well…the finish line keeps getting closer and closer…and it’s a relief, but it’s also very frightening.

PREVIEWSworld: Have you allowed yourself the time to think about what comes next after you push your way from the table, and leave the restaurant for good?

John Layman: I’m not a guy who…well, I’m not a content producer who just comes up with ideas. I’m a guy who takes a couple nuggets and shines them…and shines them. I have a couple of ideas, but my focus is to finish Chew. Then I’ll worry about it. Chew has afforded me the luxury of not standing in a bread line. So I can work on Chew and not worry about the next thing, and really concentrate on sticking this landing.

But to all those who bought Chew over the years, I’d like to say “thanks.”  It was fun. It really was a lot of fun. 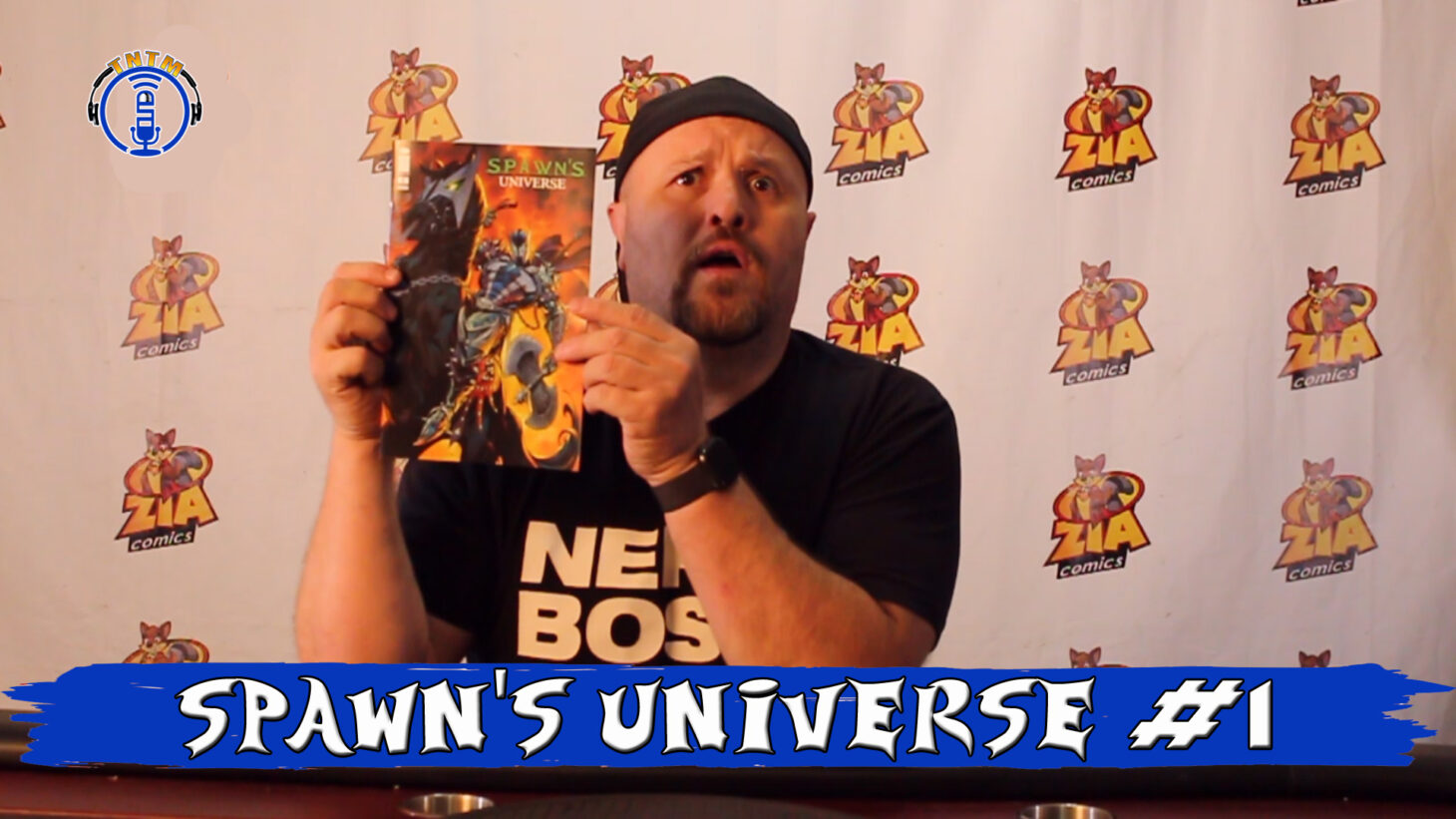