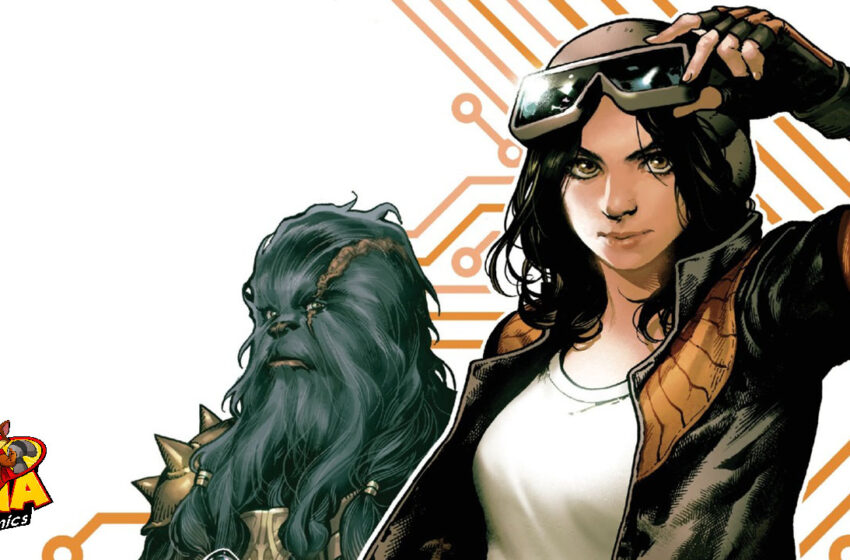 If you are like most of us nerds, you like anything dealing with the Star Wars franchise (not counting Jar-Jar). There is an interesting character in the Star Wars Universe that will be getting her very own title.

She is a human female archaeologist who was recruited by Darth Vader after the Battle of Yavin.  Aphra is accompanied by her two assassin droid companions, 0-0-0(Triple-Zero) and BT-1 (Beetee).  Aphra has become a very popular character in the Star Wars comics.

One of the things making the Doctor Aphra comic book series special is that she’s a character who debuted in Marvel’s Darth Vader #3 comic book. This makes the series the first time Marvel has released a Star Wars comic book centering around a character who originated somewhere other than onscreen canon. (It’s not the first non-movie character comic, however; Star Wars: Kanan focused on the character from the Star Wars: Rebels animated series.).

I am looking forward to a long and entertaining run for Doctor Aphra.

BECAUSE YOU DEMANDED IT!

Following her time in the clutches of Darth Vader, Doctor Aphra has barely escaped with her life. If he ever learns of her survival, he’ll hunt her to the ends of the galaxy. But for now, it’s time for a return to what she does best. With the droids 0-0-0 and BT-1 in tow, she’s off in search of rare artifacts from the galactic center to the Outer Rim and everywhere in between. Aphra’s got debts to pay after all. Just as long as she can stay one step ahead of the Empire, some Bounty Hunters and just about everyone else in the galaxy!