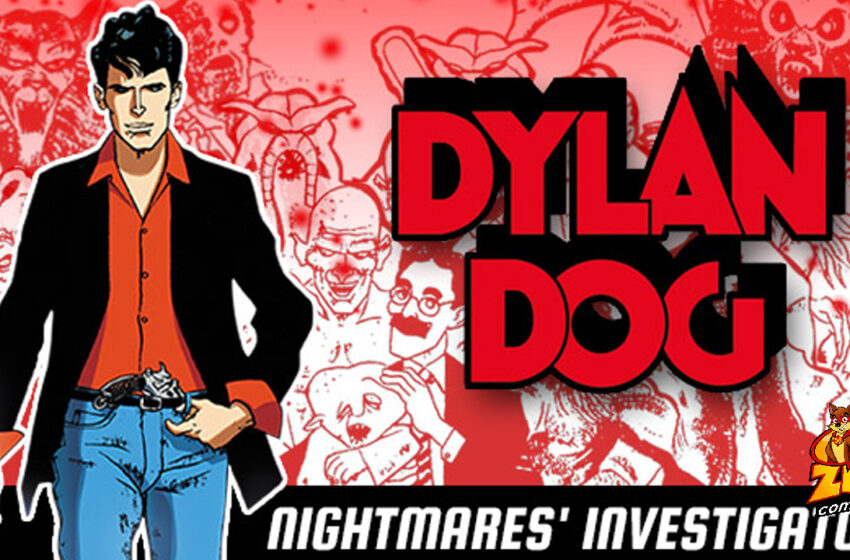 Fans of Dylan Dog will be ecstatic to hear a TV series based on that character is being developed.  Austrian horror director Kevin Kopacka is working on a television titled Dylan.

Ford Everett stars as the title character.  He is joined by Denise Ankel and Harry Baer.  Yes, there was the 2010 film Dylan Dog: Dead of Night starring Brandon Routh.  I am hoping this TV series receives better ratings.  A trailer for the TV series has been released.

Dylan Dog is an Italian horror comic book series featuring a paranormal investigator named Dylan Dog. The series is mainly set in London though Dylan occasionally travels elsewhere. Dylan is in fact a skillful detective. He was trained in Scotland Yard and does not believe in coincidences. He is a teetotaler after having had a past as an alcoholic.  Dylan also does not smoke and is a vegetarian for ethical reasons.

Dylan Dog is a penniless “nightmare investigator”.  His clothes are one of his defining characteristics. He always dresses in a red shirt, black jacket, and blue jeans. He bought twelve identical outfits after the death of his lover Lillie Connolly. Even during the worst weather he never wears an overcoat or even carries an umbrella. According to him an overcoat “would ruin his look” and he thinks that an umbrella is a “useless invention. Especially when it doesn’t rain.”

Dylan lives with Groucho at 7 Craven Road in a cluttered apartment with a doorbell that screams. His hobbies include playing the clarinet and constructing a model ship which he apparently never manages to finish. He has many phobias including claustrophobia, fear of bats, and acrophobia. Dylan is also particularly susceptible to motion sickness. This is the main reason he rarely travels. He absolutely never travels by plane. Dylan used to be an alcoholic, but now never drinks. He is a vegetarian and animal rights supporter.

Dylan cares little for many aspects of modern life. He hates cellphones. To record his memories he uses a feather-pen and an ink pot. He loves literature (poetry in particular), music (his tastes range from classical to heavy metal), and horror films. Though perpetually penniless, he does not seem to be interested in money. The usual first piece of advice he gives to numerous clients who have found themselves in his study over the years is to go to a psychiatrist or psychologist. He does not believe in coincidences.