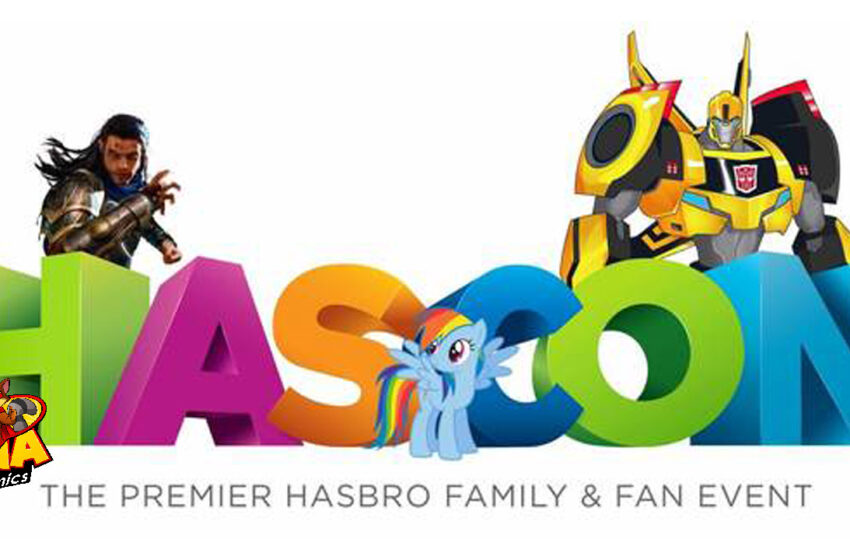 It’s hard to be into pop culture without running into something from Hasbro.  Their toys span such franchises as G.I. Joe, Transformers, My Little Ponly, Nerf, Magic the Gathering, Play-Doh, Monopoly, and many others.

Their booth at San Diego Comic Con can easily be found by looking for the swirling vortex of attendees circling the booth waiting to get in line and purchase one of those highly sought after exclusives.  To give Hasbro credit, they did a very good job of line control at SDCC 2016.

Hasbro has announced plans for its own convention September 8 – 10, 2017 in Providence, Rhode Island. “[HASCON] will treat attendees to three unforgettable days featuring a celebration of Hasbro’s powerful characters and stories, including live interactive experiences, exclusive products, talent appearances, panels, and much more,” reads Hasbro’s description of the event.  Hasbro plans to have their big franchises represented at the event.  They will include their toys and their television and movie components.

Hasbro is not in having a convention centered on their products.  Other companies have had success in doing this (Disney with D23, Rooster Teeth with RTX, etc).  Hasbro has many large pop culture franchises so their convention should be fine.