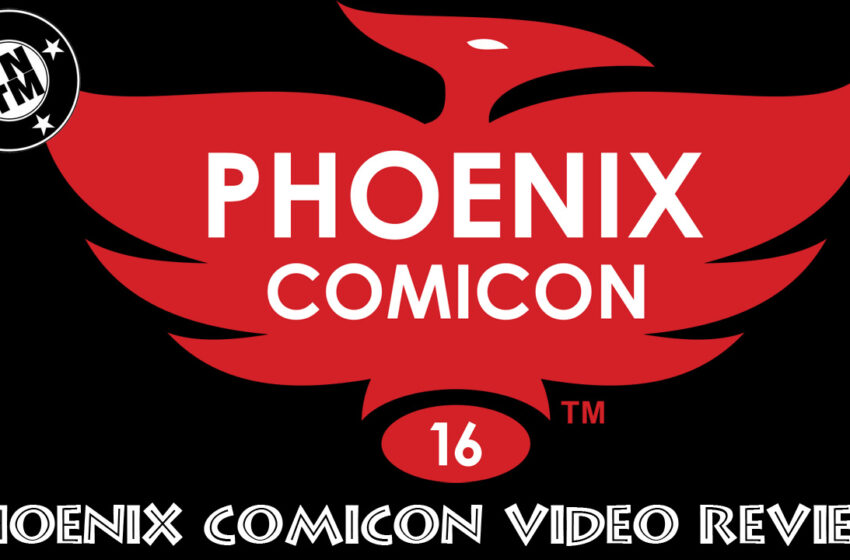 Troy from ZiaComics.com visited Phoenix Comicon and brought back a little peak into the signature pop culture event in the Southwest.

Phoenix Comicon (PHXCC) is a multi-genre entertainment and comic book convention held annually in Phoenix, Arizona. It was founded as the Phoenix Cactus Comicon in June 2002. Originally it consisted of a one-day six-hour event held in Ahwatukee, Arizona.

PHXCC plays host to comic related panels, programming events, art contests, and autograph signings for all ages. It is now a four-day event (Thursday-Sunday) held during the summer at the Phoenix Convention Center in downtown Phoenix. On Thursday evening prior to the official opening of the event there is a preview for professionals, exhibitors, and select guests.

Phoenix Comicon has expanded over the years to include a large range of pop culture elements such as horror, anime, manga, animation, toys, collectible card games, video games, web comics, and fantasy novels.

The convention set an attendance record of 77,818 in 2014.  PHXCC reportedly generates approximately $5 million in revenue for the city of Phoenix. Phoenix Comicon has also expanded programming into the surrounding hotels including the Hyatt Regency, Marriott Renaissance, and Sheraton Phoenix Downtown Hotels.

Phoenix Comicon features a large floor space for exhibitors. These include media companies as well as comic-book dealers and collectibles merchants. Phoenix Comicon also includes an autograph and photo opportunity area. There is a large Artists’ Alley where comics artists can sign autographs and sell or do free sketches.

Evenings at the convention include events such as panels, seminars, workshops with comic book professionals, themed prom parties, the annual Masquerade costume contest, and a Film Festival with several different prize opportunities.

If you have the opportunity to attend PHXCC don’t hesitate.