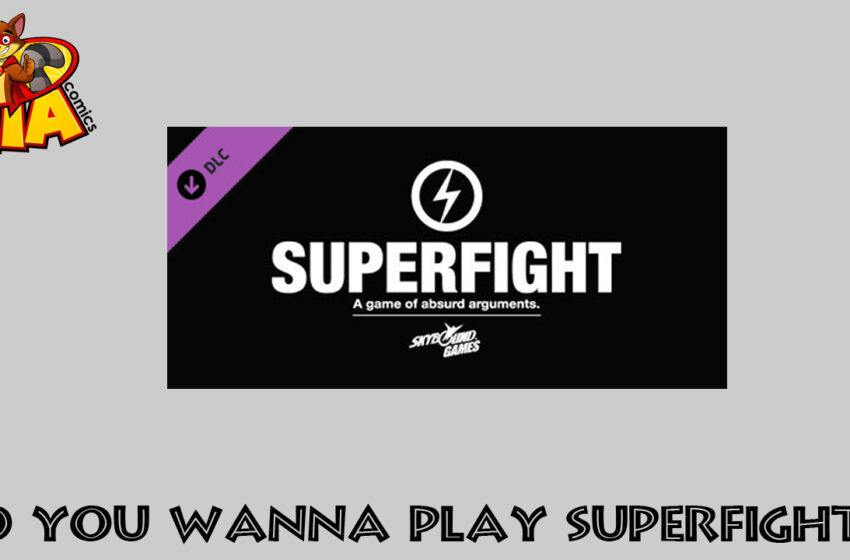 Danny from ZiaComics.com teaches us how to play the quick and fun party game, Superfight.

Superfight is party game of super powers and super problems. To play this game you argue with your friends over ridiculous fights. The game is very simple. It’s fun for all levels and kinds of players.

Players use a hand of three white cards and three black cards, and choose one of each to beat the player next to them. Then they get a random black card before fighting.

Players then argue their case for why they should win and the table votes.These cards are used to create fights like this: MACGUYVER – BEING GUARDED BY THE SECRET SERVICE – THAT LEECHES OPPONENTS HEALTH WHEN TOUCHED – BUT HIS HANDS ARE COVERED IN BUTTER versus IRON MAN – ARMED WITH A TRIDENT – THAT CAN TAKE THE FORM OF ANYTHING WATER BASED – BUT HAS TINY BIRD LEGS.

Superfight went through a major reprint in late 2014. The rules and about 30% of the cards were refined to improve the game after it sold out of the first five prints in pre-orders alone.

The game is now produced by Skybound (the folks who created The Walking Dead) and is exploding in popularity. The Cards Against Humanity/Apples to Apples mechanic has been replaced by a table vote and one-one one battles. The battle royale and villain rulesets keep the old single-judge mechanic if the table prefers that.