**Warning, spoilers may follow **  The Dark Crystal has been one of my favorite movies ever since it came out back in 1982.  There is nothing groundbreaking about the story-line.  It is the same age old plot of an unexpected character making an incredible journey and performing heroic feats to save their world we’ve seen played out a million times in other movies.

It is the way Henson presents his characters that make you connect with them on an emotional level that sets his movies apart.  That is no easy task when you consider the cast for his movies are either entirely or mostly made up of puppets.

When I first heard Netflix was developing a 10 part series that would serve as a prequel to The Dark Crystal as was both excited to revisit the world of Thra and apprehensive it wouldn’t do justice to the movie.

I binge watched The Dark Crystal: Age of Resistance on this long Labor Day weekend and I can say my concern was unwarranted.  I got to see Thra during the rise of the Skeksis and learn what started the Great War that wiped out most of the Gelflings.

It is really difficult to have puppets display the whole range of human emotions effectively.  That is where the voice actors really earned their money.  There were a few where the emotional limitations of the puppets was a bit offputting, but for the most part the voice talent was able to overcome those issues and bring the characters to life.

Since we are on the subject, let’s discuss the puppets for a moment.  Every single character in this series is represented by a puppet of some type.  There are absolutely no computer generated characters whatsoever in this series.

The only time CGI was used was to remove puppeteers or cables from the final video.  In a time of blockbuster movies being made entirely on CGI this was a gamble.  That gamble paid off as the practical puppetry makes the series stand out.

Jen and Kira, the Gelflings from The Dark Crystal movie, are not in this series.  It is set long before they are born.   You are introduced to the thriving Gelfling communities that inhabited Thra during the Skeksi’s rise to power.

You learn there are 7 Gelfling clans each with their own Maudra (leader).  Of those 7 Maudras, one is chosen to be the overall leader or All-Maudra.  The Gelflings believe the Skeksis are benevolent leaders and therefore serve them so they will continue to care for the Crystal of Truth.

The Crystal of Truth is the soul/essence of Thra.  The Skeksis are corrupting the Crystal in order to extend their already long lives and give themselves immortality.  The Skeksis also discover a method to drain Gelflings of their life essence.  When they drink the life essence it gives them incredible strength and vitality for a limited time.

When the Gelflings discover they are being killed to give the Skeksis a quick “high” they revolt.  This was the start of the Garthim War.

Aughra is the embodiment of Thra.  She serves as the caretaker of the planet.  The Skeksis were able to take over Thra by distracting her with an Orrery.  They built a machine that would allow her to explore the universe with her mind. Aughra spends many years motionless in the machine while her mind was travelling all over the cosmos.

When she awakens she find the Crystal of Truth has been corrupted which is allowing the Darkening to happen.  The Darkening is bad juju that turns things evil.

You will also recognize some of the Skeksis from the movie in the series.  Since they have a pretty long life span, they look the same.  You do meet a new and terrifying Skeksi named SkekMal the Hunter.  This Skeksi chooses not to live in the Crystal Castle.  He is all about the hunt and obtaining trophies from these epic hunts.  His name strikes fear in the other Skeksis, and rightfully so.

The Hunter is one bad dude.  He moves quickly, is able to climb and jump, and can track anything down anywhere on Thra.  You don’t want to be on his bad side.

If you watched The Dark Crystal movie you know each Skeksi has a Mystic counterpart. If you didn’t watch the movie let me quickly explain.  When the Urskeks traveled through the crystal to Thra their good (Mystic) and bad (Skeksi) personas were split into individual beings.  The Hunter’s Mystic side is UrVa the Archer.

The Archer is an expert bowman and martial artist.  That has to be difficult when you move as slow as a Mystic.

Another couple of characters worth mention are skekGra the Heretic and UrGoh the Wanderer.  SkekGra was originally a military leader among the Skesis.  He had a shared vision with his Mystic compadre of the Mystics and Skeksi eventually reuniting into urSkeks.

When he tried to convince his fellow Skeksis of this vision he was exiled and branded a heretic.  He met up with urGoh and they decide to orchestrate the restoration of the urSkeks by giving the Gelfling the Shard of the Division.  They set up in the Circle of Suns in the Crystal Desert awaiting the Gelfling to find them in order to guide them to the shard.

The Dark Crystal: Age of Resistance is not only visually pleasing, but it fills in a lot of the history leading up to the movie.  Great story-telling accomplished through amazing voice actors in typical Hensonesque backgrounds.

The series is receiving lots of praise and it has earned every bit of it.  Netflix has not announced if there will be a second season or not.  If they do decide to green-light another season I hope they do their research and make it another season of meaningful Thra history rather than a cash grab to satisfy stockholders.

I highly recommend this series to anyone, even someone without prior knowledge of the movie.

I gotta go and hook up my VCR now so I can watch my VHS copy of The Dark Crystal movie. 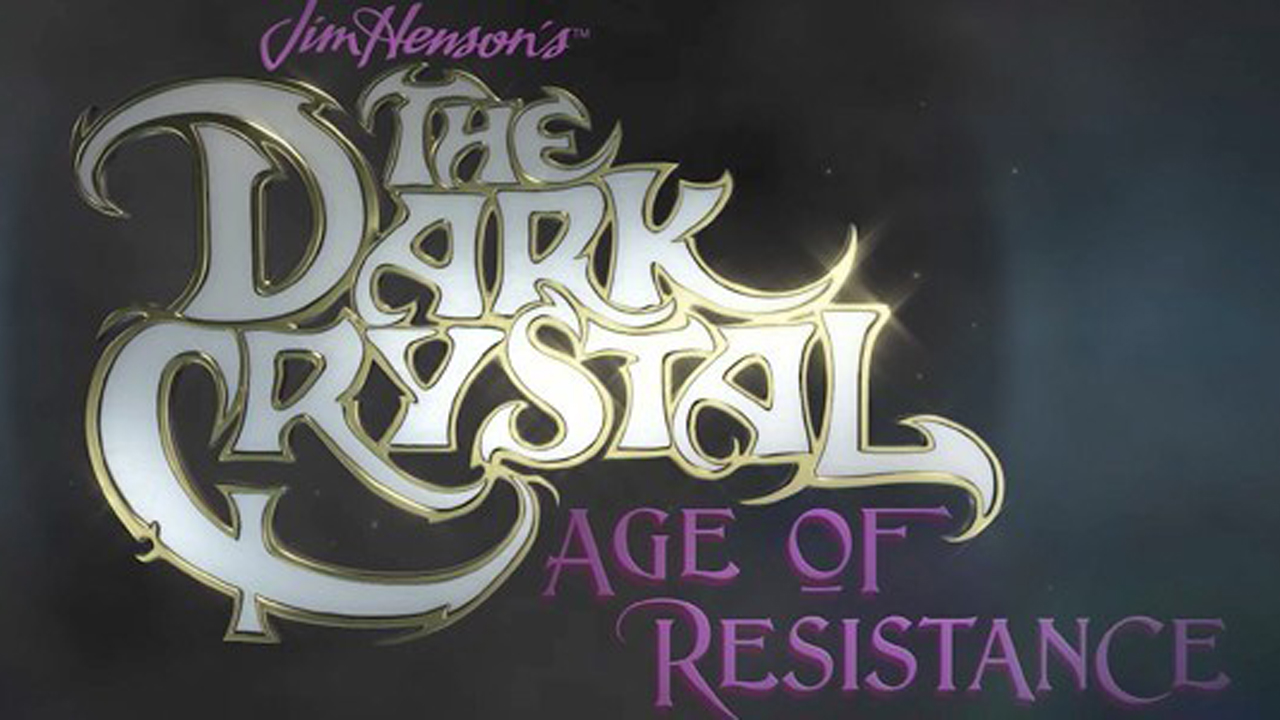