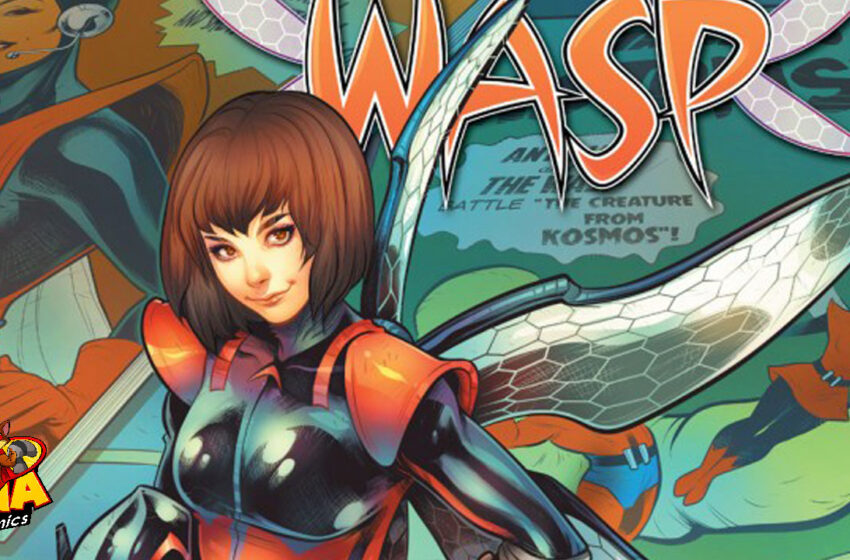 If you watched Marvel’s Ant Man movie you got a glimpse of the Wasp.  That Wasp is not the incarnation that will appear in the comic book Unstoppable Wasp.  The comic book will be using Nadia Pym.

Nadia is the daughter of Hank Pym and his first wife, Maria Trovaya.  Maria was kidnapped during her honeymoon and killed by foreign agents.  Nadia was raised in the Red Room in Russia.  It was there she was trained to become a Red Room agent. When Nadia started to read she showed great aptitude for science.  Her handlers informed her of her famous heritage.

Learning of her parentage only increased Nadia’s drive to escape the Red Room.  She was eventually able to obtain a black market Pym Particle sample. She studied enough to master its size-changing properties and used it to escape the facility.

Nadia has genius level intelligence.  She has a particular aptitude for science.  She was trained in martial arts at the Red Room. Nadia is very adept in multiple forms of hand-to-hand combat. At one point she received combat training from the Winter Soldier.

Nadia created her own Wasp suit using pieces of old Ant-Man suits and materials laying around Hank Pym’s lab. To allow her to fly she installed a pair of Bio-Synthetic Wings on the suit’s back.

The Unstoppable Wasp is scheduled to hit shelves in early January.

Big things come in small packages in 2017, as Marvel’s newest leading lady debuts in her very first ongoing series! Today, Marvel is pleased to present your first look inside THE UNSTOPPABLE WASP #1 – the highly anticipated new series from creators Jeremy Whitley and Elsa Charretier! Life has never been easy for Nadia Pym. She spent the first half of her life a captive of The Red Room – the covert Soviet training facility that produced living weapons like the Black Widow and the Winter Soldier.

For the first time ever, this teenage super-scientist is on her own and she’s ready to spread her size-changing wings! Be there as she makes her way through the Marvel Universe with fresh eyes and bountiful optimism. Hank Pym’s long-lost daughter has a lot of catching up to do and she’s determined to change the world with the greatest weapon of all – her mind.

You know, if she can get her United States citizenship first. You can try to stand in her way, but you’ll fail. She is THE UNSTOPPABLE WASP, and she’s coming to comic shops and digital devices everywhere on January 4th!