Last week,  a proposed extension of the Tom Lea Trail passed a key legislative hurdle in Santa Fe.  The New Mexico Senate unanimously voted in favor of SM 18, legislation instructing New Mexico’s cultural affairs and tourism departments to work with the Tom Lea Institute and Texas officials to officially continue the cultural trail from Texas into The Land of Enchantment.

“Tom Lea is part of Texas and New Mexico’s shared cultural heritage and history,” said state Senator Mary Kay Papen, who introduced this legislation in the statehouse.  “It is an honor to help future generations learn about his work, the history of our region, and the contributions his work had on American art and history.”

The Tom Lea Trail connects 11 cities and nearly two dozen locations in Texas; as well as the cities of Ciudad Juarez in Mexico and Santa Fe, Las Cruces, and Mesilla in New Mexico.  The trail honors Lea’s work as a muralist, World War II correspondent, illustrator, historian, and writer.

“We are delighted that the New Mexico legislature is moving quickly in response to Austin’s decision last year to establish the Tom Lea Trail as one of the first and only artistic cultural trails in the country,” said Tom Lea Institute Executive Director Lisa Pugh.  “The fact that they are prioritizing this bill during their short legislative session speaks to the public’s overwhelmingly positive response to efforts to preserve Tom’s unique legacy.”

Last month, the founder and president of the Tom Lea Institute, Adair Margo, presented on the Tom Lea Trail at the Texas Historical Commission’s Real Places Conference in Austin, Texas, followed by a roundtable discussion with key influencers in Texas.

“It is great to see a new generation discover the art of Tom Lea,” Margo said.  “The Tom Lea Trail takes visitors along the US/Mexico borderlands, offering them a window into each region’s unique history.”

Lea, who died in El Paso in 2001 and lived in New Mexico from 1933-1936, was described by Pulitzer-winning biographer Robert Caro as “an unsung genius of our time who made it purely on the quality of his work.” President George W. Bush displayed Tom Lea’s paintings in the Texas Governor’s Office and in the Oval Office of the White House. Most of his work is in the southwest region where he lived, remaining predominantly in private collections. 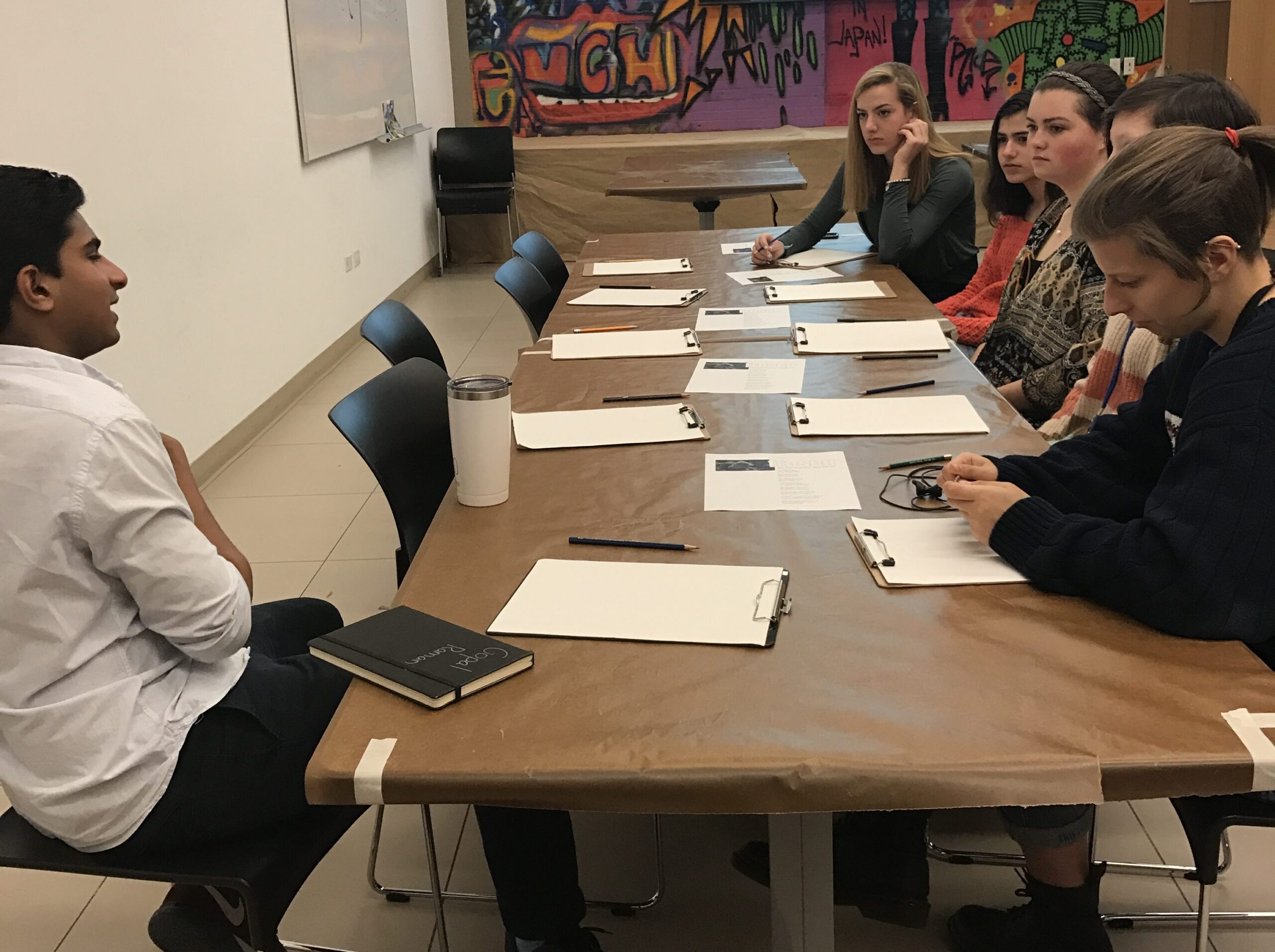