AUSTIN – Family celebrations during the holiday season often center around parents and grandparents. But the holidays are a time when con artists may also have have seniors in their sights.

Family members who act as financial caregivers for parents or others often are the first line of defense against scammers. And AARP Texas and Texas Appleseed are helping them with an online toolkit called Managing Someone Else’s Money in Texas.

Tim Morstad, associate state director for AARP Texas, said seniors can be vulnerable to unscrupulous people looking to swindle them out of their life’s savings.

“What takes a lifetime to build up, that nest egg, can disappear in a matter of seconds or minutes,” Morstad said. “There are scammers out there that are looking to take advantage of people. It’s very important that people learn how to protect themselves.”

AARP’s Fraud Watch Network warned that scammers most often target adults 50 and over, and can approach a potential victim over the phone, on the internet or, sometimes, by knocking on the front door.

Morstad said AARP’s online toolkit was designed to help the state’s 50,000 financial caregivers find the best way to protect their loved ones’ assets.

“There’s over 50,000 guardianships in the state of Texas,” he said. “And many people who don’t have the resources to hire a lawyer search online to try to find quality information, and there frankly isn’t much out there.”

Morstad added that another layer of protection, a new Texas law backed by AARP, went into effect in September, allowing banks and other financial institutions to act when they see a transaction that doesn’t seem right.

“This law will now allow them to put a hold – a temporary hold – on a suspicious transaction so it can be investigated to make sure that that money doesn’t fly out the door to some scammer,” he said.

The financial toolkit is available online – in both English and Spanish – at ProtectTheirMoneyTX.org. 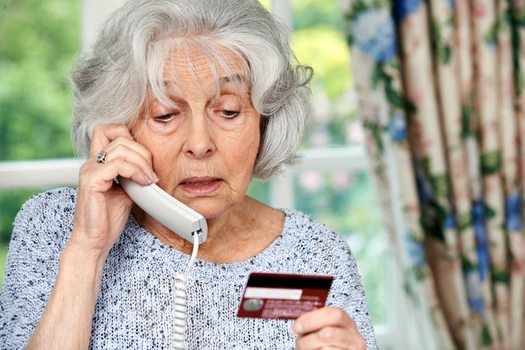