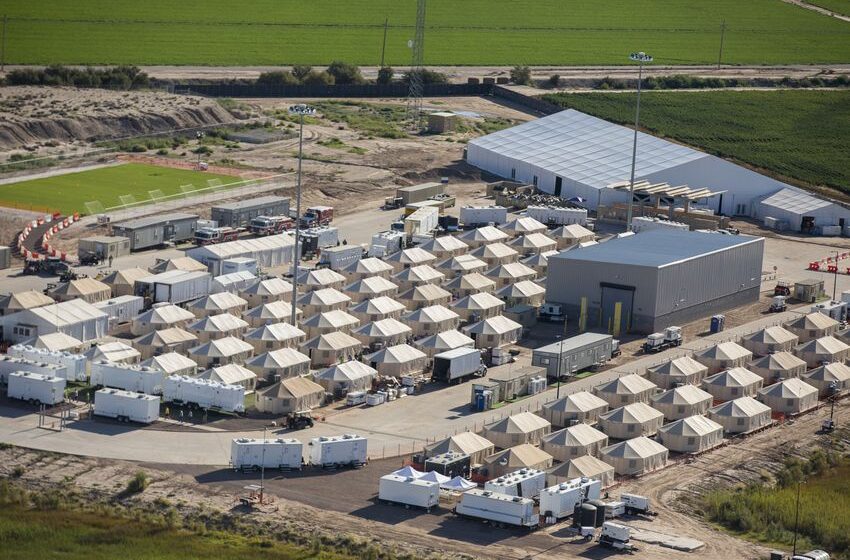 A Texas congressman said Friday that the federal government has officially removed all children from the Tornillo detention center for undocumented migrant youths, ending more than half a year of operation for a facility that was decried by critics as a “tent city” and served as a symbol of President Donald Trump’s hardline approach to immigration.

U.S. Rep. Will Hurd, a Republican whose West Texas district includes Tornillo, announced the closure on Twitter, saying he had been told about it by the facility’s management.

“This tent city should never have stood in the first place, but it is welcome news that it will be gone,” Hurd said.

BREAKING: I just talked with the management at the Tornillo facility – the last kid just left. This tent city should never have stood in the first place but it is welcome news that it will be gone.

The U.S. Department of Health and Human Services, which oversees the center, did not immediately respond to requests for comment.

The hasty closure comes after Texas-based contractor BCFS Health and Human Services and the federal government originally signed a 30-day contract to operate the facility in June. That contract was extended multiple times, despite BCFS officials arguing that the center was not a long-term solution.

The organization’s president, Kevin Dinnin, told Vice News on Friday that he sent the federal government a letter in December saying the facility wouldn’t accept any more children. The government began taking steps to close Tornillo soon after, Vice reported.

“We as an organization finally drew the line,” Dinnin told Vice. “You can’t keep taking children in and not releasing them.”

The U.S. Department of Health and Human Services confirmed the pending closure this week. As of Tuesday, there were still 850 children being held in the facility. The department said at the time that it expected the vast majority of the children at the facility to be released “to a suitable sponsor by the end of the month.”

At one time, the facility held more than 2,500 children. It has been the site of numerous protests, drawing politicians from across the country to Texas to urge the Trump administration to shut it down.

News of the closure was applauded by many of those politicians, along with immigrant rights groups.

“Tornillo was a symbol of this administration’s deep inhumanity as shown by their willingness to hold tens of thousands of migrant children in detention,” said Fernando Garcia, executive director of the Border Network for Human Rights.