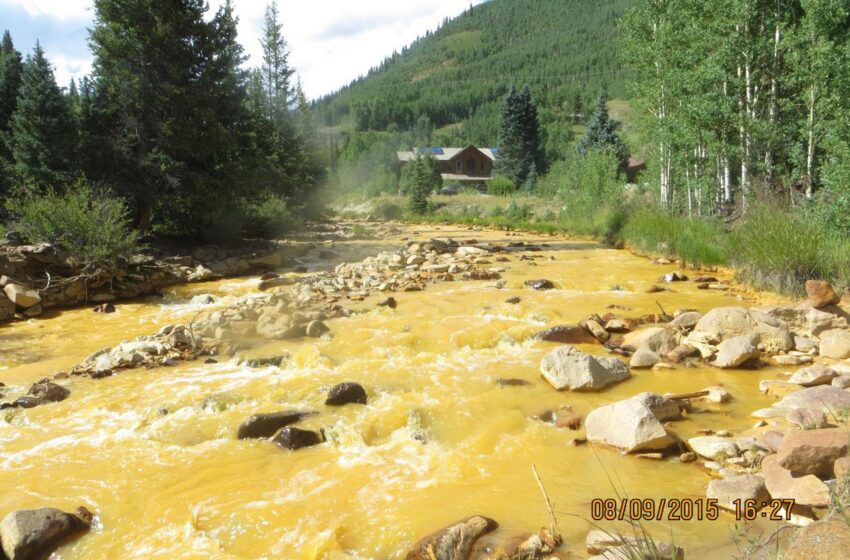 FARMINGTON, N.M. – Thousands of abandoned mines in New Mexico, Colorado and other Western states pose as much of a toxic threat, or greater, as the Gold King Mine in Colorado, which leaked three million gallons of toxic sludge and mine waste into the Animas River following an accidental discharge last week.

Part of the larger Colorado River system, the Animas is a tributary of the San Juan River, which flows into Lake Powell and mixes with Colorado River water. Farmington is among several downstream communities devastated by the spill.

Mike Eisenfeld with the San Juan Citizens Alliance says the Gold King Mine spill is just a sample of the threat posed by century-old abandoned mines.

The EPA says its own crews accidentally caused the release of the contaminated water, containing dissolved metals, which turned the water of the Animas River – Farmington’s primary source for drinking water – yellow and orange.

In Farmington and areas of southeastern Utah, a ban on water use from the affected waterways continues, marking a premature end to the summer tourism season. The spill is also forcing farmers and residents to haul water in for livestock and other uses. The EPA says it’s still testing the sludge for toxicity levels, and is treating contaminated water in containment ponds.

Despite the disaster, Eisenfeld says he’s hopeful the Gold King spill will motivate people and organizations to demand more government oversight, and greater accountability of energy extraction on or near public lands. He says modern mining is regulated through the General Mining Act of 1872.

“It would be good for people to talk to their lawmakers and ensure that mining laws meet modern standards,” he says. “And that we have adequate bonding and adequate amounts of money to address what we know happens with abandoned mines when companies leave.”

There are an estimated 500,000 abandoned mines throughout the United States.