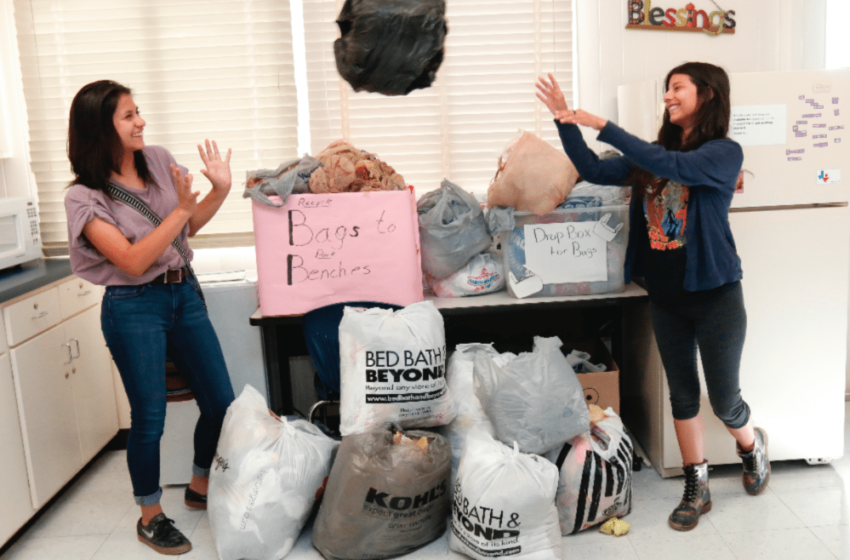 While most people don’t think twice about tossing plastic grocery bags, students at Transmountain Early College are keenly aware of the positive impact the plastic bags can have on something as common as a park.

That is why the Ecology Club has teamed up with the City of El Paso Environmental Services Department to turn the plastic bags from landfill fodder to beautiful park benches.

Students at the school collected thousands of bags as part of the Bags to Benches program operated by Trex Recycling. The program uses recycled grocery bags to create park benches throughout the United States and Canada.

This is the second year TMECHS students participate in the program. Each time they have have collected more than 4,000 bags.

Senior Paris Velasquez has been part of the Ecology Club for three years and is happy to be making a difference.

“I’ve always been interested in the environment, and what we can do to help. I’m really happy that we did this project,” Velasquez said. “These kinds of programs promote awareness and helps bring people together. Everyone at school wanted to help and brought in bags to help out.”

Romi Ruiz from the Environmental Services Department picked up the bags from the school and was encouraged by the students’ dedication to the cause.

“We need these young people to take an active role in preserving the environment,” Ruiz said. “We wanted to create a program to encourage people to recycle. We are the only ones in this part of the country doing it. This is the fourth season, and it has been highly successful.”

Thanks to the program, benches have been placed at several locations like the El Paso Zoo, Sageland Elementary School and ADP. The bench from this season will be placed at Travis White Park on the East Side.

The Bags to Benches program is not the only way the students at TMECHS are helping though.

The senior English classes were inspired to do something for the environment after reading “The Rhyme of the Ancient Mariner” and finding out albatrosses, which is the main crux of the poem, are endangered.

“That was the genesis of our Earth Day project,” teacher Angela Clark said. “Albatrosses are in danger of becoming extinct because they are ingesting so much plastic. That launched our project to raise awareness about the extent of plastic pollution.”

The students worked in groups to creat different projects aimed at informing people about the impact of plastic pollution and what they can do to help. They created documentaries, online petitions, flyers with informational QR codes and letter campaigns to community stakeholders, such as representatives Jose Rodriguez and Beto O’Rourke.

“When the students saw we could use letter campaigns and QR codes, they realized they could spread their message to a much larger audience,” Clark said.

The message is being heard.

Online petitions the students created have reached people as far as the Dominican Republic, Denmark and even Australia. The students in the Ecology Club know that change starts at home though, and they are invested in being a part of changing people’s minds about how they treat the Earth.

“It’s important to preserve our environment,” student Vanessa Rico said. “It’s where we live, and if we don’t take care of it it’s not going to be here much longer.” 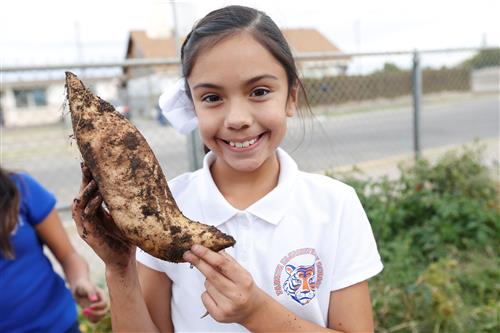 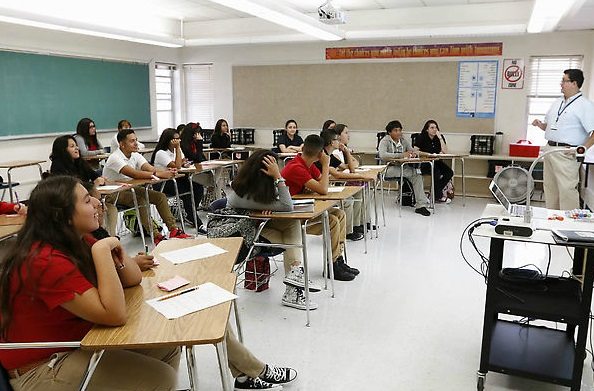